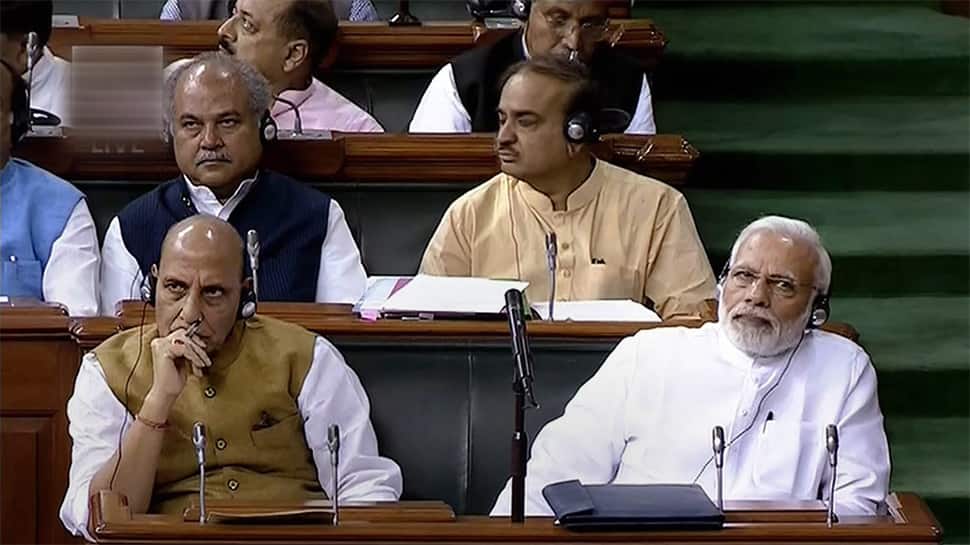 NEW DELHI: The Centre will try to table the CAG report in Lok Sabha on the last day of the Budget session on Wednesday. The government has been unable to table the report yet amid uproar from opposition members.

Congress had on Tuesday staged a walkout from the Lok Sabha after the government rejected its demand for a Joint Parliamentary Committee (JPC) probe into the Rafale fighter jet deal. Leader of the single largest party in Lok Sabha Mallikarjun Kharge said if Prime Minister Narendra Modi should come forth and constitute a JPC for a detailed inquiry into the deal if the government is not scared of hiding facts. "The Prime Minister does not have the courage. You constitute a JPC, we will prove the misdeeds in the deal," he said.

"The issue has been discussed in detail in the House and the Supreme Court has also put the matter to rest. The Congress has been raking it up every now and then. But the truth will remain. Politics is not done by misleading people. A person should have the guts to speak the truth," Singh said.

The senior Congress leader also demanded a discussion on the issue to which Speaker Sumitra Mahajan said that it had been debated in the House.

Accusing the government of leaking the CAG report on defence, Kharge said that it was tabled in the Rajya Sabha but not in the Lok Sabha. His charge was rejected by the Speaker, who said the reports were indeed tabled before the Lok Sabha -- an apparent reference to Minister of State P  Radhakrishnan tabling CAG reports, including one on the defence services.