The Central Bureau of Investigation (CBI) has arrested the chief manager of Indian Bank's Zonal Office located in Karaikudi area of Shivanga District in Tamil Nadu in an ongoing investigation in the multi-scam Srijan case. 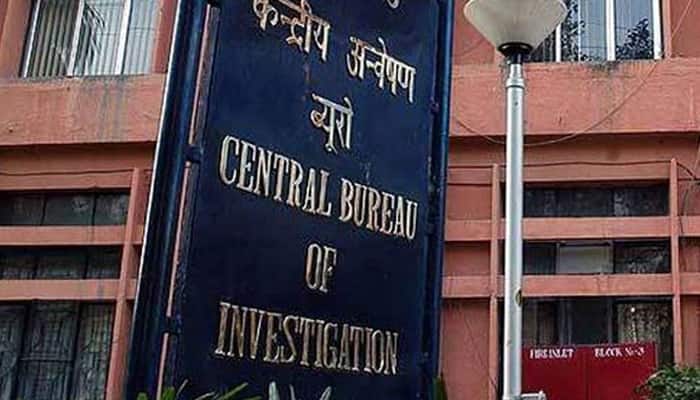 Shivanga: The Central Bureau of Investigation (CBI) has arrested the chief manager of Indian Bank's Zonal Office located in Karaikudi area of Shivanga District in Tamil Nadu in an ongoing investigation in the multi-scam Srijan case.

The accused, identified as Deo Shankar Mishra, was produced before the Chief Judicial Magistrate in Karaikudi and given a transit remand of three days. He will be produced in the court of Special Judge, CBI Cases, Patna.

The official, who was earlier the bank manager of Indian Bank's Bhagalpur branch in Bihar, has been accused of allegedly transferring an amount of over Rs 8.79 crore from the account of Deputy Development Commissioner- cum-Chief Executive Officer, Bhagalpur to the account of non-profit organisation (NPO) Srijan Mahila Vikas Sahyog Samiti Ltd in Sabour, Bhagalpur.

The Designated Court had issued a non-bailable warrant against the accused.

The case was registered by the CBI after the central government in 2017 issued a notification regarding the same, on the request of the Bihar government.

The case was earlier registered at Bhagalpur Kotwali of Tilka Manjhi in Bihar on August 12, 2017, on the allegations of fraudulent diversion of government funds from the accounts of DDC-cum-CEO, Zila Parishad, Bhagalpur between 2009 and 2017 to Srijan Mahila Vikas Sahyog Samiti Ltd.

The CBI has registered several cases against the NPO, its officials, and other bureaucrats including bank managers for diverting and misusing government funds.