CDS General Bipin Rawat, his wife to be cremated in Delhi Cantt on Friday

The mortal remains of CDS Bipin Rawat and his wife are expected to arrive in Delhi in a military plane by Thursday evening. The bodies would be brought to Rawat’s house in the national capital on Friday. 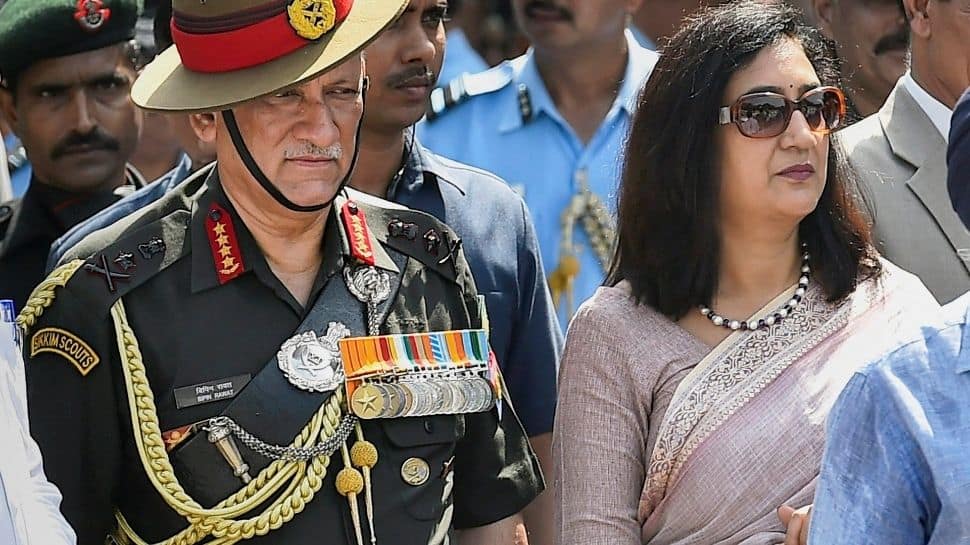 New Delhi: The cremation of Chief of Defence Staff General Bipin Rawat, his wife Madhulika Rawat who were among the 13 killed in the military helicopter crash near Coonoor in Tamil Nadu will be conducted on Friday (December 8) in Delhi Cantonment, ANI reported.

As per the news agency, the mortal remains of the CDS and his wife are expected to arrive in Delhi in a military plane by Thursday (December 9) evening. The bodies would be brought to Rawat’s house in the national capital on Friday where people would be allowed to pay their last respect from 11 am to 2 pm. After 2 pm, a funeral procession will start from Kamraj Marg to Brar Square crematorium in Delhi Cantonment.

The bodies would be brought to his house on Friday and people would be allowed to pay last respect from 11 am to 2 pm, followed by a funeral procession which will start from Kamraj Marg to Brar Square crematorium in Delhi Cantonment.

IAF's Mi17V5 chopper, with Rawat, his wife and 12 defence personnel onboard, departed from Sulur airbase around 11.45 am for Defence Services Staff College in Wellington and met an accident near Coonoor in Tamil Nadu around 12.20 pm. General Rawat was on his way to the Defence Services Staff College in Wellington to address the faculty and student officers of the Staff Course.

Prime Minister Narendra Modi led the nation in paying tributes to CDS General Rawat and others killed in the crash. "I am deeply anguished by the helicopter crash in Tamil Nadu in which we have lost Gen Bipin Rawat, his wife and other personnel of the Armed Forces. They served India with utmost diligence. My thoughts are with the bereaved families," the PM tweeted.