Teams have been deployed to Alappuzha and Kottayam districts in Kerala and Panchkula district in Haryana. 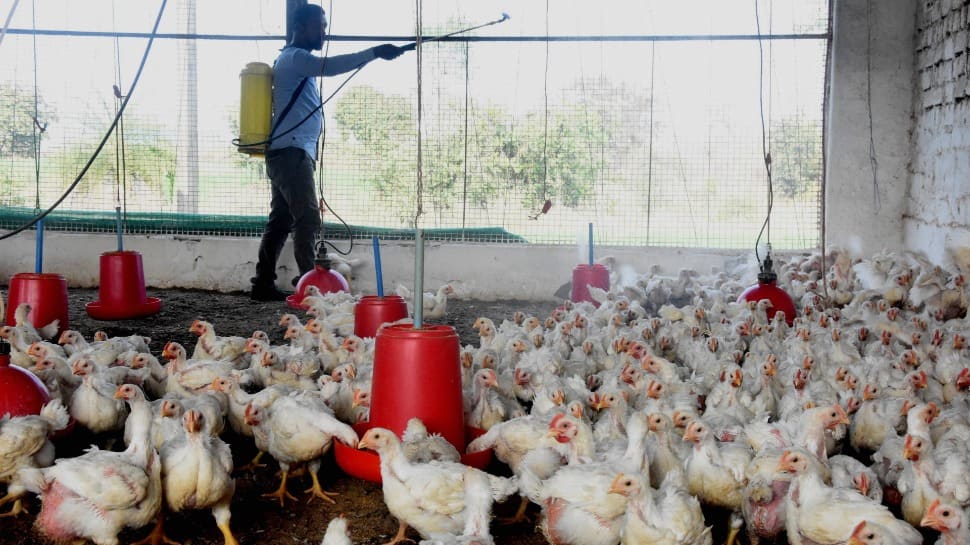 PTI Photo: A worker sprays disinfectant inside a poultry farm in view of Avian influenza in Bhopal
Share:
Written By:

New Delhi: In a move to check the bird flu threat, the Centre on Wednesday (January 6, 2021) deployed multi-disciplinary teams to Avian Influenza affected districts in Kerala and Haryana.

According to the Ministry of Health & Family Welfare, the teams have been deployed to Alappuzha and Kottayam districts in Kerala and Panchkula district in Haryana.

A high-level team comprising Director, NCDC and Joint Secretary & COVID-19 nodal officer, Ministry of Food Processing Industries has been deployed to Kerala to oversee the implementation of Avian Influenza containment operations and guide State Health Departments in mounting appropriate public health interventions for the same. In addition, this high-level team will also review the COVID-19 situation in the State.

Notably, the Department of Animal Husbandry on January 4, 2021, notified the detection of Avian Influenza (H5N8) in samples of dead ducks from Alappuzha and Kottayam districts in Kerala, which was also reported from poultry samples from the Panchkula district.

Similar reports of avian influenza have also been reported from Jhalawar, Rajasthan and Bhind, Madhya Pradesh involving crows and migratory birds. Department of Animal Husbandry as per laid down protocol has issued alerts to further intensify surveillance to detect any case in poultry birds.

The Ministry of Health & Family Welfare stated that no human case of Avian Influenza has been reported so far.

This is to be noted that the Avian Influenza viruses have been circulating worldwide for centuries with four known major outbreaks recorded in the last century. India notified the first outbreak of avian influenza in 2006 and infection in humans is not yet reported in Indians, though the disease is zoonotic.

There is no direct evidence that AI viruses can be transmitted to humans via the consumption of contaminated poultry products. In India, the disease spreads mainly by migratory birds coming into the country during winter months from September – October to February – March.