Centre issues fresh guidelines for international arrivals amid spread of mutant COVID-19 variants: What you must know

In the context of the spread of mutant variant of SARS-CoV-2 in many countries, the civil aviation ministry in consultation with the health and family welfare ministry has issued new guidelines for international arrivals, according to an official release. There are fresh guidelines for all international travellers coming/transiting through flights originating from the United Kingdom, Europe and the Middle East. 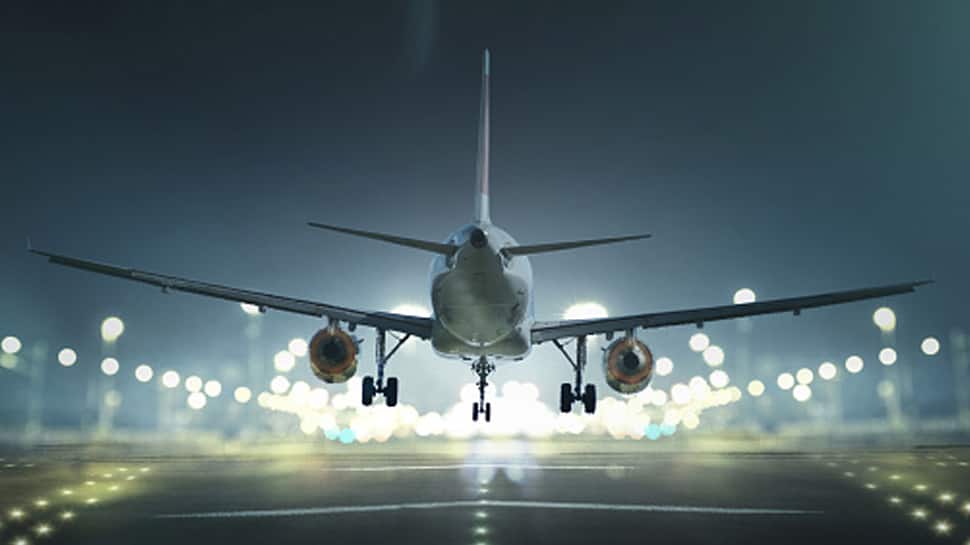 The government on Wednesday issued new guidelines for international arrivals amid the spread of mutant variants of coronavirus in many countries. The new Standard Operating Procedures (SOPs) will come into effect from 23.59 pm on February 22 till further orders. These will supersede all guidelines issued since August 2, 2020. The guidelines have been divided into three sections based on the origin of travel.

In the context of the spread of mutant variant of SARS-CoV-2 in many countries, the civil aviation ministry in consultation with the health and family welfare ministry has issued new guidelines for international arrivals, according to an official release. There are fresh guidelines for all international travellers coming/transiting through flights originating from the United Kingdom, Europe and the Middle East.

The government has suspended international scheduled flights till February 28. Overseas flights to and from India are currently operated as per air bubble agreements with various countries.

As per the new guidelines, the entry airports for flight services would be decided by the Ministry of Civil Aviation based on the bilateral and Vande Bharat Mission (VBM) flights.

Attention Passengers!
To reduce the risk of importation of mutant strains of SARS-CoV-2, SOP for International Passengers arriving in India have been updated in supersession of all guidelines on the subject since 2 Aug20. The new SOP will be in effect on 23:59 hrs on 22nd Feb,21 pic.twitter.com/YoGFkitP2t

Here are the detailed guidelines:

For all international travellers except travellers coming through flights originating from the United Kingdom, Europe and Middle East.

A.1. Planning for Travel:

i. All travellers should (i) submit self-declaration form on the online Air Suvidha portal (www.newdelhiairorpUn) before the scheduled travel (ii) upload a negative COVID-19 RT-PCR report. This test should have been conducted within 72 hrs prior to undertaking the journey. Each passenger shall also submit a declaration with respect to the authenticity of the report and will be liable for criminal prosecution if found otherwise.

ii. They should also give an undertaking on the portal or otherwise to Ministry of Civil Aviation, Govt. of India, through concerned airlines before they are allowed to undertake the journey that they would abide by the decision of the appropriate government authority to undergo home quarantine/ self-monitoring of their health for 14 days, or as warranted.

iii. Arrival in India without negative report shall be allowed only for those travelling to India in the exigency of death in the family.

iv. If they wish to seek such exemption under para (iii) above, they shall apply to the online portal (www.newdelhiairport.in) at least 72 hours before boarding. The decision taken by the government as communicated on the online portal will be final.

v. Do's and Don'ts shall be provided along with a ticket to the travellers by the airlines/agencies concerned.

vi. Airlines to allow boarding only those passengers who have filled in the Self Declaration Form on the Air Suvidha portal and uploaded the negative RT-PCR test report.

vii. At the time of boarding the flight, only asymptomatic travellers will be allowed to board after the thermal screening.

viii. All passengers shall be advised to download the Arogya Setu app on their mobile devices.

ix. Suitable precautionary measures such as environmental sanitation and disinfection shall be ensured at the airports.

x. During boarding all possible measures to ensure physical distancing are to be ensured.

xi. Suitable announcement about COVID-19 including precautionary measures to be followed shall be made at airports and in flights and during transit.

xii. While onboard the flight, required precautions such as wearing of masks, environmental hygiene, respiratory hygiene, hand hygiene etc. are to be observed by airline staff, crew and all passengers.

xiv. Thermal screening would be carried out in respect of all the passengers by the health officials present at the airport. The self-declaration form filled online shall be shown to the airport health staff.

xv. The passengers found to be symptomatic during screening shall be immediately isolated and taken to medical facility as per health protocol.

xvi. The passengers who have been exempted for pre-arrival RT-PCR testing [para (iii) and (iv) of A.1 above] (as approved and indicated on the online portal in advance) will show the same to the respective State counters. They will be prioritized for sample collection in the designated area, samples collected and permitted to exit the airport. They shall monitor their health for 14 days (subject to negative test report of the sample taken at the Airport that would be conveyed to such travellers by the concerned State authorities/airport operators).
xvii. All other passengers who have uploaded RT-PCR negative certificates on Air Suvidha portal shall be allowed to leave the airport/ take transit flights and will be required to undertake self-monitoring of their health for 14 days.

xviii. All such passengers will also be provided with the list of the National and State level surveillance officers and the respective call centre numbers, so as to inform State/National Call Centres in case they develop symptoms at any time during the quarantine or self-monitoring of their health.

xix. International travellers arriving through seaports/land ports will also have to undergo the same protocol as above, except that facility for online registration is not available for such passengers currently.

xx. Such travellers shall submit the self-declaration form to the concerned authorities of Government of India at seaports/land ports on arrival.

Part B: For all international travellers coming/transiting through flights originating from the United Kingdom, Europe and the Middle East

All the clauses as above (part A) shall be applicable to such travellers coming/transiting from flights originating in United Kingdom, Europe and the Middle East except for clauses on testing, quarantine and isolation as specified below:

All international travellers coming/transiting from flights originating from United Kingdom, Europe and the Middle East as described in the scope above should submit Self-Declaration Form (SDF) for COVID on the online Air Suvidha, the portal (www.newdelhiairport.in) before the scheduled travel and will be required to declare their travel history (of past 14 days).

i. While filling SDF, apart from providing all other information required in the SDF, passengers need to select: a. Whether they plan to disembark at the arrival airport or take further flights to reach their final destination in India. b. Based on this selection, the receipt of SDF (dispatched online to the transiting travellers) will display "T" (Transit) in easily readable and bigger font than other text. c. The passengers will need to display this receipt to State authority / Government officials at the airport for segregation.

ii. Keeping in mind the testing requirements for passengers from UK, Brazil and South Africa, who have to take connecting flights, airlines should keep the passengers informed about the need for the transit time of a minimum of 6-8 hours at the entry airport (in India) while booking the tickets for connecting flights.

iii. All the passengers arriving from the United Kingdom, Europe and the Middle East shall be carrying negative RT-PCR Test report for which test should have been conducted within 72 hours prior to undertaking the journey. The same also shall be uploaded on the online portal (www.newdelhiairport.in).

iv. Airlines to allow boarding only those passengers who have filled in the SDF on the Air Suvidha portal and uploaded the negative RT-PCR test report.

v. The concerned airlines shall ensure that prior to check-in, the traveller is explained about this SOP particularly clause (ix) of part B of this SOP, besides displaying the same prominently in the waiting areas of the airports.

vi. Airlines should identify the international travellers arriving from/transiting through the United Kingdom, Brazil and South Africa (during past 14 days) and segregate them in-flight or while disembarking to facilitate the authorities to follow the due protocol in respect of these travellers.

vii. In-flight announcements must also be made explaining the relevant information to the passengers. Relevant information in this regard shall be prominently displayed in the arrival area and waiting area of the airports of arrival.

viii. The immigration officers of these identified airports shall also ensure identification of travellers (from their passports) who originated or transited from UK, Brazil and South Africa (during past 14 days).

ix. All the travellers arriving from/transiting through flights originating in United Kingdom, Europe or the Middle East shall be mandatorily subjected to self-paid confirmatory molecular tests on arrival at the Indian airports concerned (port of entry). An entry made in the SDF regarding telephone number and address would be reconfirmed.

x. Adequate arrangements for passengers waiting for their confirmatory molecular test as well as test results duly following effective isolation may also be made at the airports in conjunction with the airport authorities.

xi. The airport authority shall ensure streamlining of the systems for testing at the concerned airports to ensure seamless sampling, testing, and waiting for arrangements to avoid crowding and inconvenience to passengers. Once passengers arrive at the entry airport, Airport Operator should lay down a well-defined flow for such passengers at their respective arrival terminals leading to the waiting lounges and to the exit from the terminal.

xiv. The States/UTs Government concerned should set up helpdesks at airports concerned to facilitate the implementation of the SOP.

xv. Travellers from the UK, Brazil and South Africa taking connecting flights from the arrival international airport ('T" in their SDF). a. Give sample at the designated area and exit airport only after confirmation of negative test report which may take 6-8 hours. b. Those transit travellers from UK, Brazil and South Africa who are found negative on testing at the airport shall be allowed to take their connecting flights and would be advised quarantine at home for 7 days and regularly followed up by the concerned State/District IDSP. These travellers shall be tested after 7 days and if negative, released from quarantine, and continue to monitor their health for a further 7 days. c. All those tested positive shall undergo the procedure as detailed in clause (xviii) below.

xvi. All travellers from UK, Brazil and South Africa existing at the arrival airport: a. Will give their sample in the designated area and exit the airport. They will be followed up by the State Integrated Disease Surveillance Programme (IDSP). b. The concerned State authorities/airport operators will collect and convey the test report to the traveller. c. If tested negative, they will remain in home quarantine for 7 days and regularly followed up by the concerned State/District IDSP. These travellers shall again be tested after 7 days and if negative, released from quarantine, and continue to monitor their health for a further 7 days. d. All those tested positive shall undergo the procedure as detailed in clause (xviii) below.

xvii. All other travellers from Europe and the Middle East (other than those in flight originating from Brazil, South Africa and the United Kingdom) who have to exit th destination airport or take connecting flights to their final domestic destination: a. Shall give samples at the designated area and exit the airport. b. The concerned State authorities/airport operators will collect and convey the test report to the traveller. c. If the test report is negative, they will be advised to self-monitor their health for 14 days. d. If the test report is positive, they will undergo treatment as per standard health protocol.