Finance Minister Nirmala Sitharaman on Saturday released the Rs 1,813.75 crore additional package for flood-hit Karnataka and Bihar. The Centre on Friday had approved the additional aid for the two states, which battered floods in August and September, respectively. 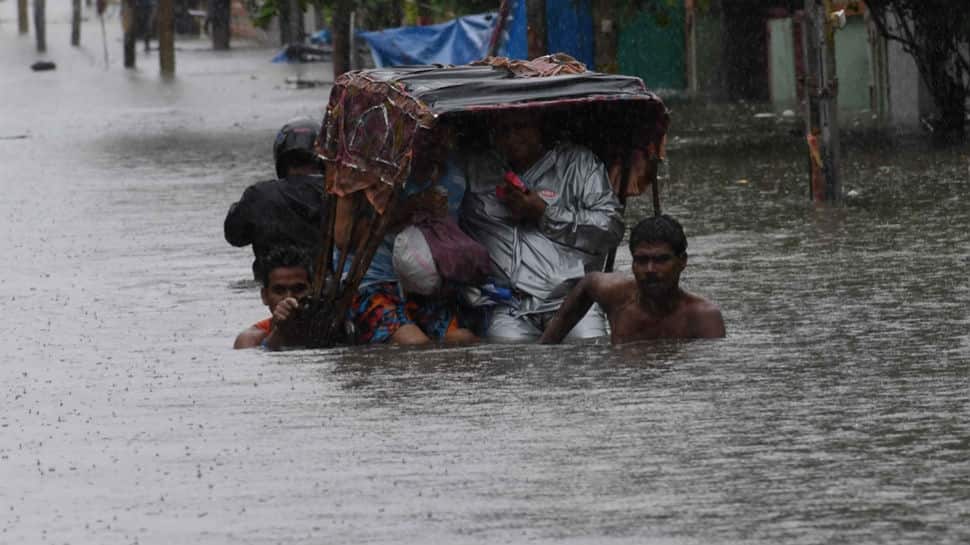 New Delhi: Finance Minister Nirmala Sitharaman on Saturday released the Rs 1,813.75 crore additional package for flood-hit Karnataka and Bihar. The Centre on Friday had approved the additional aid for the two states, which battered floods in August and September, respectively.

Rs 1,200 crore has been given to Karnataka while Rs 613.75 has been allotted for Bihar. The amount has been given from the National Disaster Response Fund (NDRF).

Bihar will be given the money in two installments on "account basis" from the NDRF and State Disaster Response Fund (SDRF). First, the approved advance of Rs 400 crore will be released and later, the second instalment will be the Centre's share of SDRF amounting to Rs 213.75 crore for the year 2019-20.

Secretary, Expenditure (MoF) has assured me that he shall release the monies tomorrow morning itself. @FinMinIndia @BSYBJP @JoshiPralhad @DVSadanandGowda pic.twitter.com/o0eDlIKHYC

The Home Ministry said that during the southwest monsoon in 2019, 13 states were affected by unprecedented floods and landslide.

In Karnataka, more than 80 people died in rain-related incidents while in Bihar, the toll was 73.

"In pursuance of a significant decision taken by the Home Minister in a High-Level Committee (HLC) meeting held on August 19, even before receipt of memorandum from the concerned state government for seeking additional financial assistance from NDRF, the Ministry of Home Affairs constituted Inter-Ministerial Central Teams (IMCTs) for these 13 states," a Home Ministry statement said.

"The states of Karnataka and Bihar have apprised the Centre of the paucity of funds in the SDRF account resulting in a delay in providing relief assistance to the affected people and requested for release of advance additional financial assistance from the NDRF," the statement further added.

As per the statement, the Centre also supplements the effort of the state government by providing assistance for the relief of immediate nature through the SDRF and NDRF as per the established procedure.

Buses go off in Telangana as TSRTC strike begins