As the pollution levels in Delhi-NCR region on Sunday crossed the 600-mark, making breathing difficult and lowered visibility that affected road and air traffic, the Centre reviewed the situation this evening with senior officials from Punjab, Haryana and Delhi. 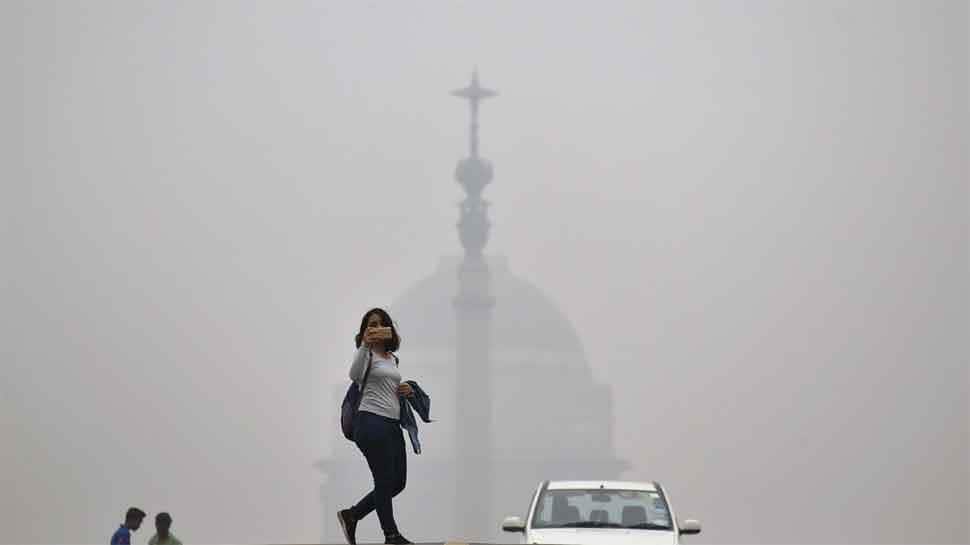 NEW DELHI: As the pollution levels in Delhi-NCR region on Sunday crossed the 600-mark, making breathing difficult and lowered visibility that affected road and air traffic, the Centre reviewed the situation this evening with senior officials from Punjab, Haryana and Delhi.

PK Mishra, Principal Secretary to Prime Minister held a high-level review meeting with senior officials from Punjab, Haryana and Delhi through video-conferencing on Sunday. During the meeting, Principal Secretary was informed that about 300 teams are in the field in Delhi to reduce air pollution and necessary machinery for this work has been distributed in the states.

The Chief Secretaries of the concerned states and the Cabinet Secretary have been asked to monitor the situation in various districts of their respective states on a daily basis. Principal Secretary to PM had earlier reviewed the situation on October 24.

The overall air quality index on Sunday rose to 625-mark from Saturday's 407-mark with several areas witnessing the AQI spiking as high as 1600 mark on Sunday afternoon. In Jahangirpuri, AQI was observed to be 1690, while at Delhi Airport, it was 1120, followed by Gurugram (990) and Noida (974).

"The air pollution harms and may cause respiratory illness in healthy people on prolonged exposure and even pronounced respiratory or other serious illnesses in vulnerable population even on short exposure," the advisory said. Therefore, the general public has been advised to avoid outdoor physical activities, especially during morning and late evening hours.

The adivisory said, the public is hereby advised to follow the following DO’s and DON’Ts:

The Haryana government on Sunday ordered the closure of all schools in Gurugram and Faridabad on November 4 and 5. The timing for schools in Sirsa districts too have been changed and they would hold classes between 10 am and 3 pm till November 6. "All the private, aided and government school till Class 12th will remain closed on November 4 and 5, 2019 in Gurugram and Faridabad districts," an official spokesperson of the Haryana government has said.

Further, the administrations of Gautam Buddh Nagar and Ghaziabad on Sunday announced that all government and private schools up till Class 12 in Ghaziabad, Noida and Greater Noida will remain closed on November 4 and 5 in the wake of a spike in the pollution level. The administration said the decision has been taken as the levels of particulate matter 2.5 and 10 have been excessive in the air since Diwali, resulting in a major dip in the overall air quality.

Taking to Twitter, Delhi Chief Minister Arvind Kejriwal said, "Pollution has reached unbearable levels across North India. Delhi government taken many steps. Delhiites have made many sacrifices. Delhi suffering for no fault of theirs. Punjab CM also expressed concern. The centre should take immediate steps to provide relief. We will support Centre in all initiatives".

Punjab Chief Minister Amarinder Singh on Sunday said he has requested PM Narendra Modi twice for compensation to farmers on the management of agricultural stubble, but there has been no response. "The central govt has to step in and find a solution to the crisis," he tweeted as the pollution levels in Delhi and its neighbouring areas spiked this morning, leading to low visibility that affected air and road traffic.

A Supreme Court-mandated panel had on Friday declared a public health emergency in Delhi-NCR and banned all construction works, bursting of firecrackers, a holiday for children in schools till November 5, among others, in Delhi to tackle the critical situation.