Addressing the review meeting on Left Wing Extremism (LWE) at New Delhi on Monday, Shah elaborated the multidimensional strategy followed by the centre in this regard which includes use of advanced technology, sharing intelligence, raising of 66 Indian Reserve Battalions (IRBs) by the centre etc. 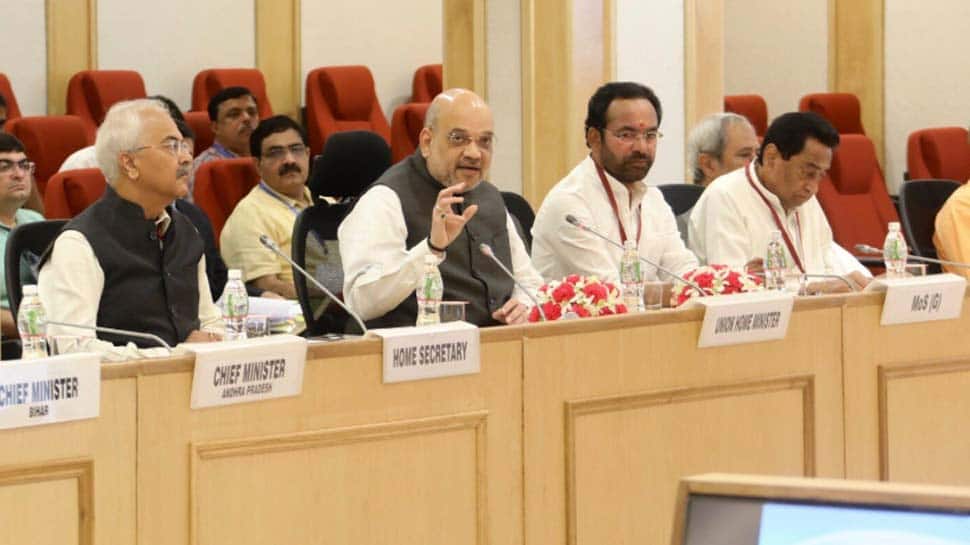 Union Home Minister Amit Shah said that a synergy between the centre and states can effectively address the issue of Left Wing Extremism (LWE), as states play a key role in maintaining law and order. Though incidents of LWE violence have come down, focus needs to be kept to eliminate it completely and all efforts need to be maintained by Centre and states in full pace, he added.

Had a very fruitful meeting with the CM’s of the LWE affected states.

Discussed several issues related to the security & development of these states.

Left Wing Extremism is against the idea of democracy and under the leadership of PM @narendramodi we are committed to uproot it. pic.twitter.com/xB7LgLI4lo

Addressing the review meeting on Left Wing Extremism (LWE) at New Delhi on Monday, Shah elaborated the multidimensional strategy followed by the centre in this regard which includes use of advanced technology, sharing intelligence, raising of 66 Indian Reserve Battalions (IRBs) by the centre etc. He emphasized on capacity building of local forces, since it is strong local forces that can effectively neutralize LWE organizations from their areas.

He said that LWE cannot be eradicated without the vigilance and efficiency of the local police in the affected states, hence their role is important. He asked the states to use central schemes and their own budget for police modernisation.

Reiterating Prime Minister Narendra Modi’s vision of ‘New India’, he said that its basis is the strength of holistic, last-mile development, and it is therefore essential to get rid of the menace of Left Wing Extremism (LWE) violence. Shah asserted that India’s fight against those who try to subvert democracy with violence will continue relentlessly.

He observed that LWE organisations are against democratic institutions and use violence to subvert the democratic process at ground level. They actively seek to prevent development in the least developed regions of the country. Their strategy is to misguide people and keep them ignorant.

The Home Minister also focused on the need to check flow of funds to LWE organisations, and praised the states for the steps taken by them in this regard. Shah also called upon the states to rationalise their surrender policy to mainstream innocent individuals caught in the trap of LWE violence.

Shah said that apart from the flagship schemes of various ministries, specific initiatives have been taken by the Central Government for areas affected by LWE, which mainly include improving road and telecom connectivity, financial inclusion, skill development and education. He specifically talked about accelerating the pace of opening up of schools under Eklavya model as well as ensuring the presence of banking facilities within five kms to all citizens.

The Union Home Minister assured the state Governments that the Centre would cooperate fully in eliminating LWE. He said that the time has come for the security forces to formulate a proactive strategy to deal with the issue and it is necessary to prevent LWE incidents at all costs. Shah said innovative measures need to be employed to prevent IED (Improvised Explosive Device) incidents that have caused significant number of casualties in recent years.

Talking about the National strategy to counter LWE formed in 2015, Shah said that it was a multipronged approach consisting of security, development and ensuring participatory governance and rights for local tribals, inter alia. He said that under this strategy, the protection of the rights of local citizens is the priority. Shah urged the states to adopt a focused, time-bound approach to completely eliminate LWE and ensure all-round development of affected regions.