The Congress has been levelling allegations of corruption and impropriety in the deal to buy 36 fighter jets from France, a charge that the Centre has vehemently defended. 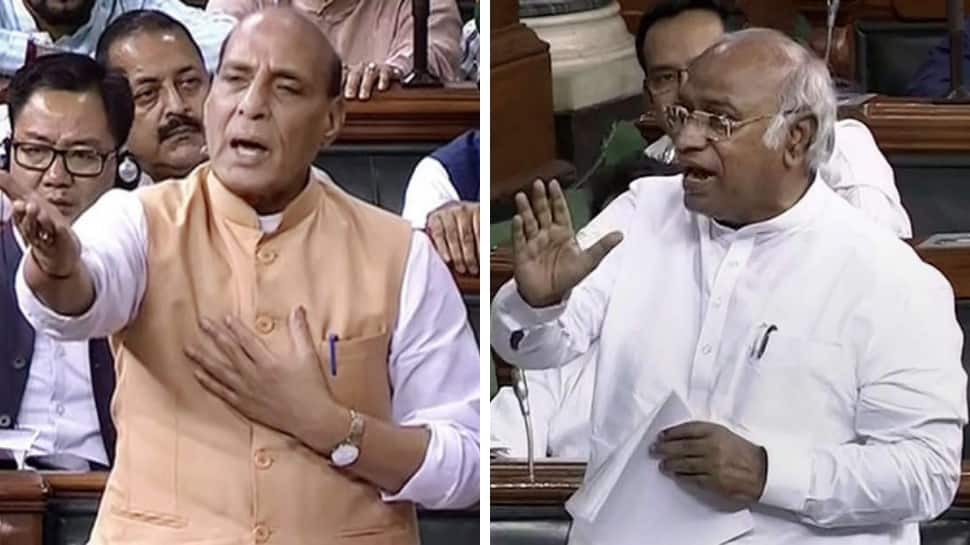 NEW DELHI: The government was on Tuesday unable to table the CAG report on Rafale jet fighter deal due to uproar by opposition parties in Parliament. The leader of the single largest party in the Opposition Mallikarjun Kharge demanded a probe by a joint parliamentary committee (JPC) into the deal to which Union Minister Rajnath Singh hit back saying the opposition is repeating the same false facts.

The Congress has been levelling allegations of corruption and impropriety in the deal to buy 36 fighter jets from France, a charge that the Centre has vehemently defended.

The Congress staged a walkout in the Lok Sabha after the government rejected its demand for a JPC. When Kharge tried to speak, Speaker Sumitra Mahajan did not allow him the time and continued with the business of the House. A visibly upset Kharge asked loudly, "What is this? We want JPC".

The Speaker said she was not saying no to anyone. "I will allow you to speak when the time will come. Now sit down. You have shouted a lot. Give your throat some rest," she said.

With this, Kharge sat down but said, "If you don't allow us to speak, why should we be here".

UPA Chairperson Sonia Gandhi, who was sitting next to Kharge, nodded in support.

Kharge soon nudged other Congress MPs to restart the protests and they immediately trooped into the well, carrying placards and shouting slogans seeking JPC on the Rafale deal. Alleging corruption, Kharge said a JPC probe was needed to probe the deal.