Indian Space Research Organisation (ISRO) said that the fourth lunar bound orbit manoeuvre for Chandrayaan-2 spacecraft was performed successfully on Friday. It was done using the onboard propulsion system. 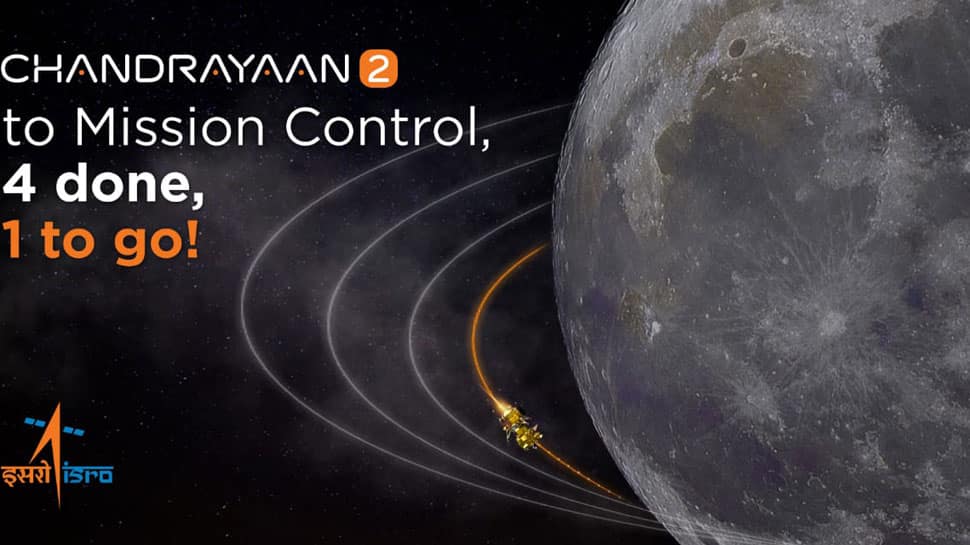 Taking to Twitter, ISRO announced, "Fourth Lunar bound orbit maneuver for Chandrayaan-2 spacecraft was performed successfully today (August 30, 2019) at 1818 hrs IST." ISRO also posted a picture depicting the fourth manoeuvre of the spacecraft, inching closer to the lunar surface. In the picture, ISRO stated that four manoeuvres were done, and there was just one more left.

The next lunar-bound orbit manoeuvre is scheduled on September 1, 2019, between 6 pm and 7 pm IST, to enter it into its final orbit passing over lunar poles at a distance of about 100 km from the Moon's surface.

On the morning of August 20, Chandrayaan-2 successfully entered the Moon’s orbit. The ISRO in a statement confirmed the Lunar Orbit Insertion of Chandrayaan-2 at 9:02 am.

On July 22, the Rs 978 crore-Chandrayaan-2 was launched into space by India`s heavy-lift rocket Geosynchronous Satellite Launch Vehicle-Mark III (GSLV Mk III). The mission would carry out a soft landing on the moon on September 7.