The Indian Space Research Organisation (ISRO) confirmed that the fifth and the final lunar bound orbit manoeuvre for Chandrayaan-2 spacecraft was performed successfully on Sunday. It was done using the onboard propulsion system. 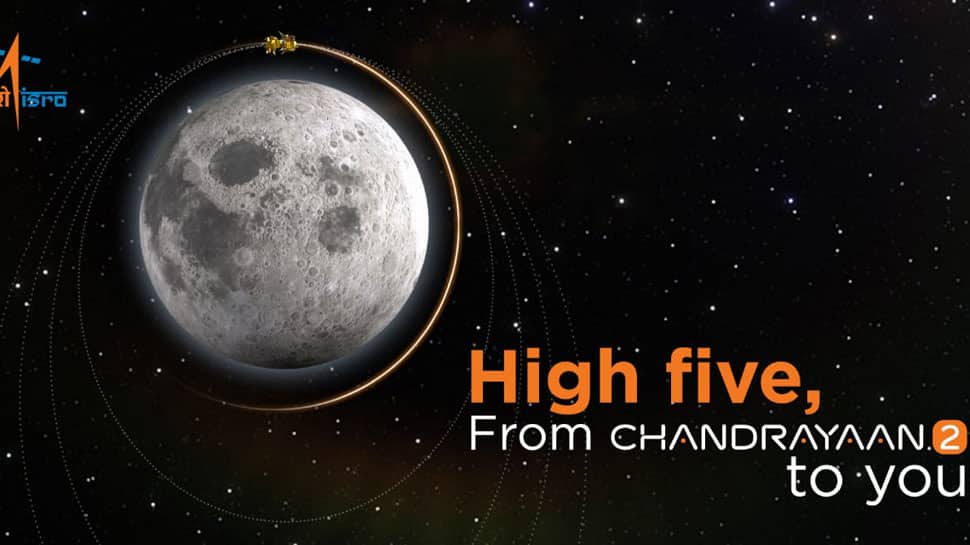 New Delhi: The Indian Space Research Organisation (ISRO) confirmed that the fifth and the final lunar bound orbit manoeuvre for Chandrayaan-2 spacecraft was performed successfully on Sunday. It was done using the onboard propulsion system.

ISRO also posted a picture depicting the final manoeuvre of the spacecraft and on the picture captioned, "Hi five from Chandrayaan-2 to you!", resonating the fifth orbit manoeuvre performed.

With the final manoeuvre, the next task is the separation of Vikram lander from the spacecraft's orbiter which is slated for on Monday between 12:45 pm and 1:45 pm (IST).

The statement released by ISRO said, "The next operation is the separation of Vikram Lander from Chandrayaan-2 Orbiter, which is scheduled on September 02, 2019, between 1245 – 1345 hrs (IST). "

Following this, Vikram lander will perform two deorbit manoeuvre to prepare for its landing in the south polar region of the moon.

ISRO released a tentative schedule of further operations following the milestone achieved on Sunday. The first deorbit manoeuvre is scheduled for September 3, between 9 am and 10 am (IST) and the orbit around the moon is set at 109 km x 120 km.

On September 4, second deorbit manoeuvre is scheduled to take place between 3 am and 4 am (IST) and the orbit around the moon is expected to be achieved at 36 km x 110 km.

If successful, Vikram lander is scheduled for a powered descent on September 7, when it would carry out a soft landing on the south pole of the moon between 01:30 – 02:30 (IST).

On August 39, the fourth lunar bound orbit manoeuvre for Chandrayaan-2 spacecraft was performed successfully using the onboard propulsion system.