The countdown began at 6:51 am for the launch which is scheduled to take place at 2:51 am on July 15 from Satish Dhawan Space Centre at Sriharikota onboard GSLV Mk III, nicknamed as 'Bahubali'. 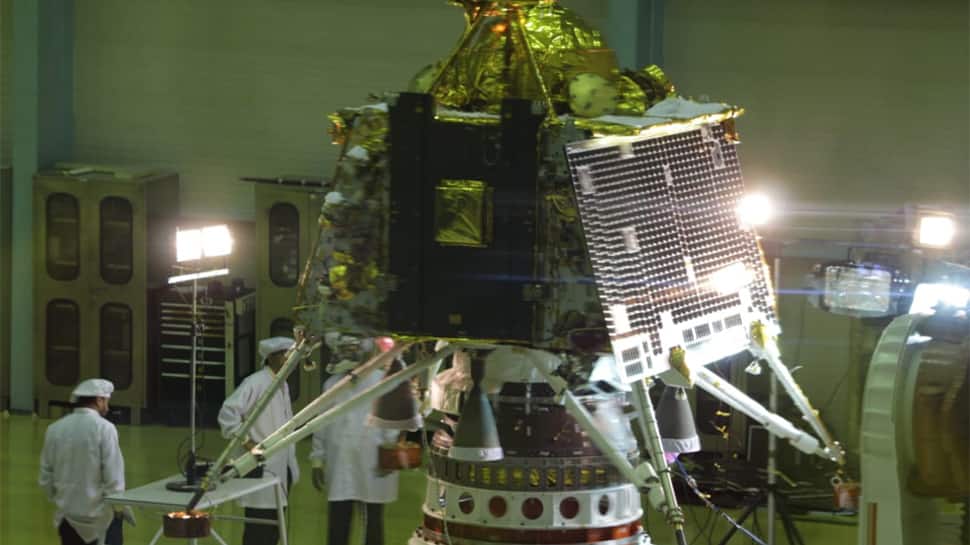 The Indian Space Research Organisation (ISRO) has begun the countdown to launch the country's prestigious lunar mission, Chandrayaan-2. The countdown began at 6:51 am for the launch which is scheduled to take place at 2:51 am on July 15 from Satish Dhawan Space Centre at Sriharikota onboard heavy-lift rocket Geosynchronous Satellite Launch Vehicle - Mark III (GSLV Mk III), nicknamed as 'Bahubali'.

A follow-up to ISRO's Chandrayaan-1 which was launched in 2008, Chandrayaan-2 will aim to take up a detailed study on understanding the origin and evolution of the moon.

__#ISROMissions__
The launch countdown of #GSLVMkIII-M1/#Chandrayaan-2 commenced today at 0651 Hrs IST. The launch is scheduled at 0251Hrs IST on July 15th.
More updates to follow...

As 9:45 am, ISRO said that the propellant filling of liquid core stage (L110) of GSLV MkIII-M1 is in progress.

__#ISROMissions__#Chandrayaan2
Propellant filling of liquid core stage (L110) of #GSLVMkIII-M1 is in progress.
Updates to continue..

ISRO Chairman Dr K Sivan had on Saturday said that the team is trying to ensure that the launch takes place as per schedule. "On July 15 at 2:51 am, we're going to launch the most prestigious mission Chandrayaan-2. GSLV MK-III being used for the mission. After a successful launch, it'll take nearly two months to go and land on Moon near South Pole," Dr K Sivan said

With the Chandrayaan-2 mission, India is trying to become the fourth country after the former Soviet Union, US and China, which have already launched their lunar missions successfully.