The Uttarakhand government wanted to open the Badrinath Dham for common devotees so that the economy of the region could be back on the track, but the Char Dham Devasthanam Board is yet to take a decision regarding the commencement of the yatra. 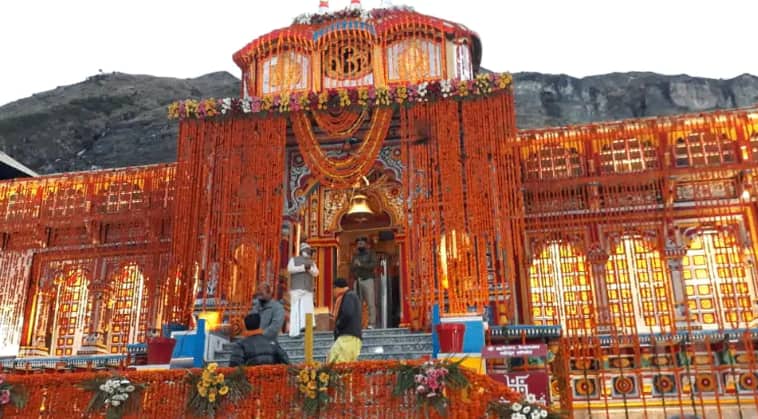 New Delhi: Temples across the country re-opened on Monday (June 8) following the lockdown relaxations, but devotees will not be able to have the darshan of Badrinath Dham till June 30, as priests are not ready to commence the Char Dham Yatra in view of the COVID-19 cases.

According to reports, the Uttarakhand government wanted to open the Badrinath Dham for common devotees so that the economy of the region could be back on the track, but the Char Dham Devasthanam Board is yet to take a decision regarding the commencement of the yatra.

The board has stated that the people associated with travel business are facing an economic crisis but people`s life is more important, sources said. "If people come here from different corners, the situation can get even riskier. Therefore, there is no justification for starting the journey till June 30," ANI quoted the Purohits as saying.

Ravinath Raman, CEO of Chardham Devasthanam Board, has earlier asked the District Magistrates (DMs) of Rudraprayag, Chamoli and Uttarkashi to hold talks with businessmen and others to commence the Yatra.

After holding interaction with all the organizations, the District Magistrates today decided that the doors of Badrinath Dham will not be opened for the common devotees till June 30.

Uttarakhand's Director-General of Police, Law and Order, Ashok Kumar today said that the Chardham Yatra has not yet been opened for people from outside the state.

He further stated that malls, hotels and restaurants will not open in Dehradun`s municipal area, adding that they will be opened in other areas of Uttarakhand except for containment zones.

Local representative of the areas from where the routes of this yatra passes also requested the state government to not allow the commencement of the Char Dham yatra.

Earlier on May 15, the doors of Badrinath temple were opened at 4:30 am after a long winter break. During 'kapat opening' ceremony, only a handful of people were present due to the COVID-19 induced nationwide lockdown.

China agrees to not turn differences with India into disputes, says LAC situation stable and under control