The swearing-in ceremony took place at 11 am in Chandigarh. The ceremony was attended by Congress leader Rahul Gandhi as well as Navjot Singh Sidhu. 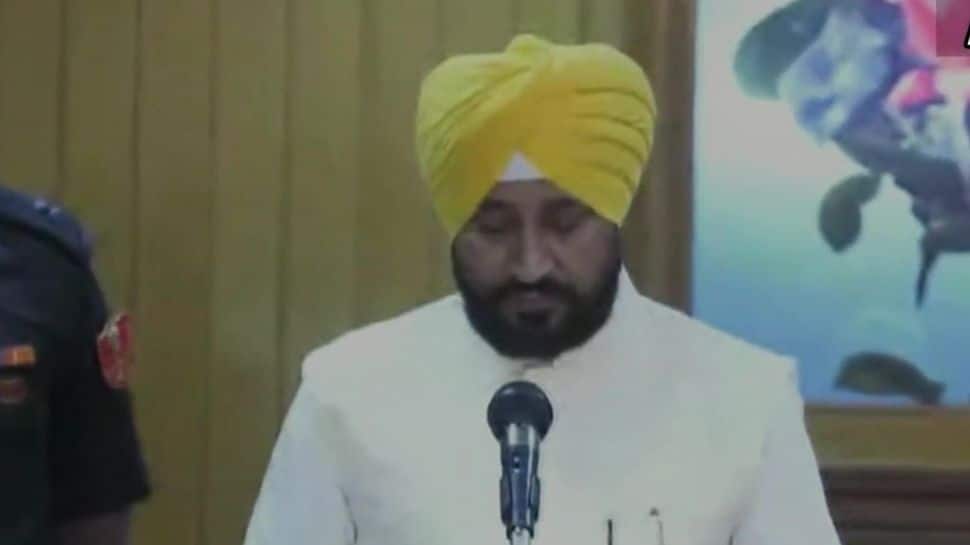 New Delhi: Charanjit Singh Channi took oath as the 16th Chief Minister of Punjab on Monday (September 20, 2021). Channi became the first individual from the Dalit community in the state to take charge. The new Congress Chief Minister took the oath in Punjabi.

The swearing-in ceremony took place at 11 am in Chandigarh, a day after his name was announced by the Congress leadership for the top job in the state.

The ceremony was attended by Congress leader Rahul Gandhi as well as Navjot Singh Sidhu.

Sukhjinder Singh Randhawa and Brahm Mohindra were also sworn in as the deputy chief ministers of Punjab today at the ceremony.

Additionally, PM Narendra Modi congratulated Charanjit Singh Channi on being sworn in as Punjab CM. "Will continue to work with the Punjab government for the betterment of the people of Punjab," said PM Modi.

Congratulations to Shri Charanjit Singh Channi Ji on being sworn-in as Punjab’s Chief Minister. Will continue to work with the Punjab government for the betterment of the people of Punjab.

According to the official website of the Punjab Government, Channi remained Municipal Councilor for three terms and moved on to become the President of Municipal Council Kharar for a two-term.

In 2017, he was appointed as the Cabinet Minister for Technical Education and Industrial Training, Employment Generation and also Science and Technology in the government of Punjab.