The first train bringing water from Jolarpet in Tamil Nadu's Vellore district is likely to reach Chennai on Friday, to ease the capital's severe water crisis. 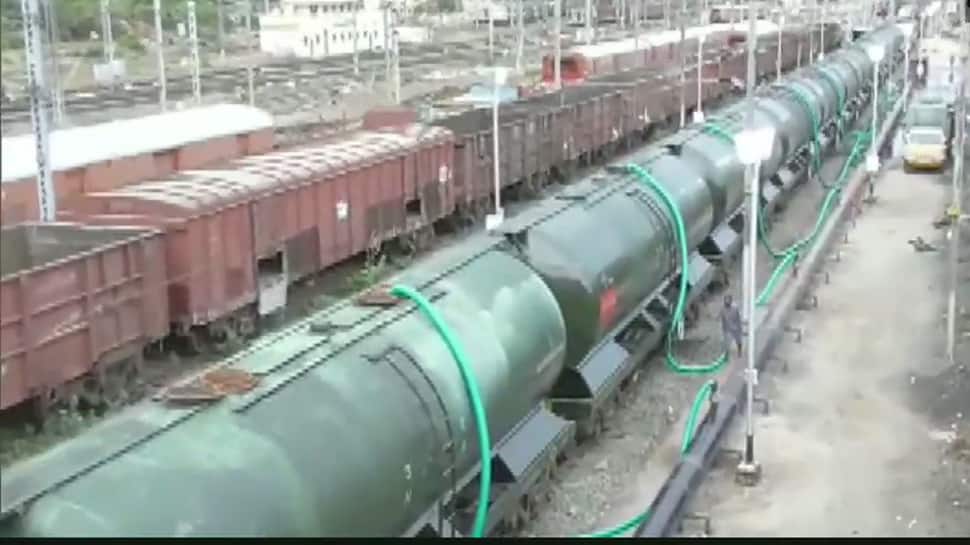 This comes after Tamil Nadu Chief Minister Edappadi K Palaniswami had announced that the state government will bring in 10 millions of litre (MLD) water per day via rail network from Jolarpet to tackle the widespread acute water crisis across the state.

On Wednesday, the Tamil Nadu Water Supply and Drainage Board (TWAD) successfully conducted a test run of pumping Cauvery water from Mettusakkarakkuppam underground storage tank to pipelines with valves which would be used for flushing water in rail wagons, sources said.

According to reports, water will be transferred to rail wagons from the 50 scour valves through the existing pipelines. To achieve this, around 50 tankers have been brought to Jolarpet to take water to Chennai, which is reeling from its worst water shortage.

Chennai has been severely hit by water crisis after all the four water reservoirs - Poondi, Chembarambakkam, Sholavaram, and Red Hills - dried up.

While announcing the government's measures to tackle water crisis, Palaniswami had said that the project will go on for six months. He had allocated Rs 65 crore for this.