Chhattisgarh Forest Department authorities will provide safety equipment like masks, hand gloves to all the staff, who are responsible for providing food to animals at safaris and reserves across the state. 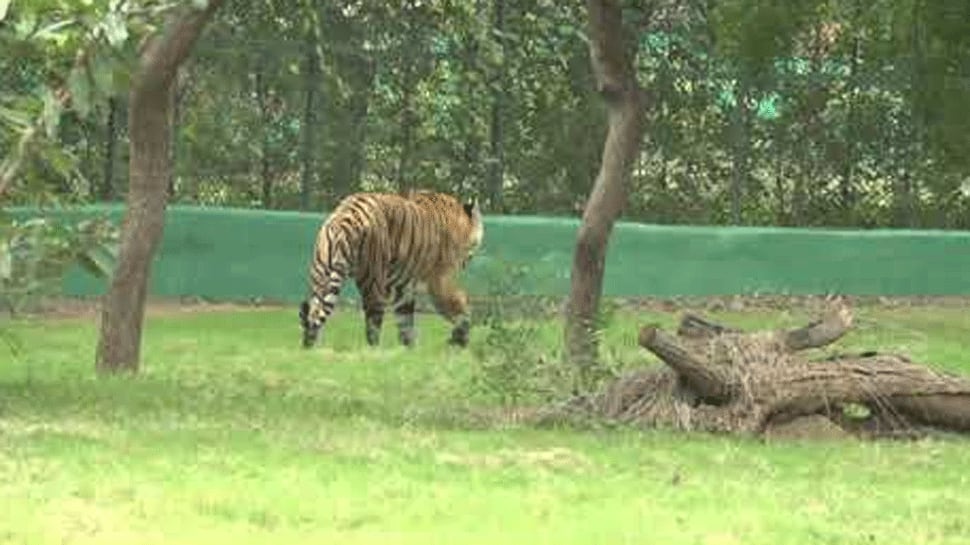 New Delhi: The Chhattisgarh government on Tuesday (April 7) announced that the Nandan Van Jungle Safari in Naya Raipur will be sanitised thoroughly and continuous updates will be taken on the health of all wildlife. The direction has been issued by the Union Ministry of Environment, Forest and Climate Change.

Along with the Raipur jungle safari, all national parks, sanctuaries and tiger reserves of Chhattisgarh will also go under the sanitisation process.

According to report, Chhattisgarh Forest Department authorities will provide safety equipment like masks, hand gloves to all the staff, who are responsible for providing food to animals at safaris and reserves across the state.

The development comes after a tiger named Nadia tested positive for the novel coronavirus in New York, and six other big cats who developed a dry cough at the Bronx Zoo. According to Reuters, Nadia, a 4-year-old Malayan tiger, stopped eating and was the only one tested because the zoo did not want to subject all the cats to anesthesia, Calle said.

The virus that causes COVID-19 is believed to have spread from animals to humans, and a handful of animals have tested positive in Hong Kong.