China-Pakistan attempt to rake up Kashmir at UNSC falls flat

In a major snub to Pakistan, India's permanent representative to the United Nations Syed Akbaruddin said that Kashmir is India's internal matter. 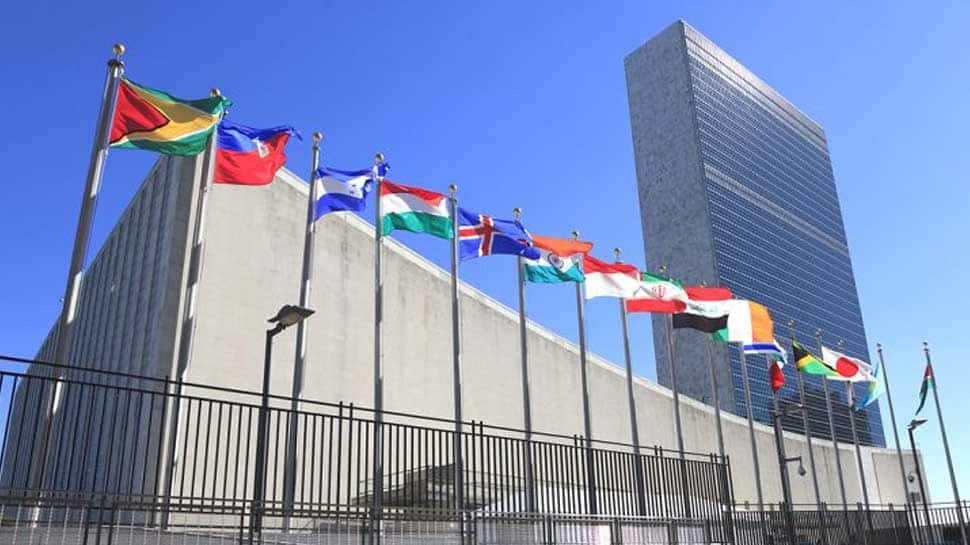 NEW DELHI: The China and Pakistan's attempt to rake up Kashmir issue at the United Nations found no support at the rare closed-door United Nations Security Council consultative meet, which was called to discuss India's move to scrap the special status of Jammu and Kashmir nearly two weeks back.

The UNSC consultative meeting was called at the request of China, which took up the letter written by Pakistani Foreign Minister earlier this week in the aftermath of New Delhi's decision to abrogate Article 370 that gave special status to Jammu and Kashmir.

In a major snub to Pakistan, India's permanent representative to the United Nations Syed Akbaruddin said that Kashmir is India's internal matter and the Narendra Modi government's move to scrap Article 370 that gave special status to Jammu and Kashmir has no external ramifications.

Akbaruddin continued to add, ''We note that there were some who tried to project an alarmist approach to the situation which is far from the ground realities. Of particular concern is that one state is using the terminology of 'jihad' against and promoting violence in India including by their leaders.''

Speaking on behalf of the Indian government, Akbaruddin said, ''We're committed to gradually removing all restrictions. Since the change is internal to India, have not made any difference to our external orientation. India remains committed to ensure that the situation in J&K remains calm and peaceful.''

On talks with Pakistan, Akbaruddin said, "Using terror to push goals is not the way normal states behave..stop terror to start talks"

Akbaruddin said, ''We are committed to Shimla Accord ...Let's wait for Pakistan's response.''

On Pakistan's attempt to internationalise the Kashmir issue, he said, ''Any party can throw any matter to the UNSC. That is the nature of the beast. But you have seen the outcome. India's commitment to addressing these issues bilaterally has very broad global acceptance.''

"The measures that the Indian government has taken were preventive in nature. In the past 10 days, there are no casualties, no fatalities. An honest effort was made to ensure that our people, the Kashmiris are safe. Please give us some time. We are addressing all issues in a democratic manner,'' he added.

Before the closed-door UNSC meeting, Russia's Deputy Permanent Representative, Dimitry Polyanskiy said that Moscow's view is that it is a "bilateral issue" between India and Pakistan.

Polyanskiy said, "So we will open-heartedly continue to engage with Islamabad and New Delhi in order to help both of them come to terms and have good neighbourly relations Kashmir on the basis of Simla Agreement of 1972 and Lahore declaration of 1999"

Interestingly, minutes before the crucial UNSC meeting, Pakistan PM Imran Khan discussed the Kashmir issue with US President Donald Trump over the phone, seeking his intervention and support on the issue.

Russia, France, US and the UK reportedly backed India during the closed-door consultations. Post-UNSC meeting, China asked both India and Pakistan to settle disputes peacefully.

Addressing the media after the closed-door UNSC talks on Kashmir, Zhang said, "We call upon relevant parties to exercise peace and not to take actions that will aggravate tensions."

Voicing his country`s opposition to India creating a separate Union Territory of Ladakh after the revocation of special status for Kashmir, he said, "India`s actions have also challenged China`s sovereign interests and violated bilateral agreements in maintaining peace and stability in the border areas, and in that China is very much concerned.''

"And I want to emphasise that such unilateral practice by India is not valid in relation to China, and will not change China`s exercise of sovereignty and effective administrative jurisdiction over the territory. Both India and Pakistan are China`s friendly neighbours, and both are major developing countries,'' Zhang said.

The outcome will be considered a big diplomatic victory for India as consultations did not lead to any formal meeting which Islamabad was pressing for.