Michael Johns said that Talibans can never change. Their intention of spreading Global Jihad and the brutalities they perpetrate to achieve this remains the same. And in this process, they are being offered sophisticated guidance from Pakistan’s ISI and patronized by CCP China. 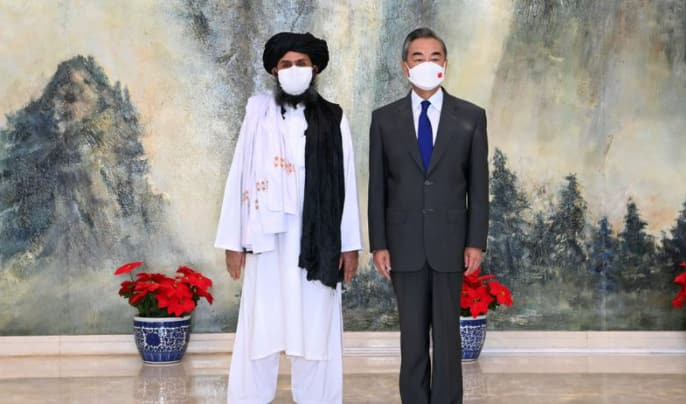 New Delhi: China’s Belt and Road initiative has two plans to be executed. One is to facilitate travel between Kabul and Pakistan, that would be the part of the broader transportation, and the other is to concentrate on mineral rich Afghanistan and its key resources. The Communist nation is slowly moving in and trying to broaden its influence as it did in Latin America.

In Afghanistan, it is trying to draw the support of a small group with extremist ideology and backed by another problematic regime of South Asia, Pakistan.

Michael Johns, the co-founder of the US Tea Party movement, in a interview with Red Lantern Analytica pointed out that India has a very significant role to play in the region. About the relationship between India and the United States, given the CCP’s aggression, including against India, it really hold a significance.

Michael Johns, a leading US foreign policy expert, has served previously as a White House presidential speechwriter to President George HW Bush, and as a senior aide in the US Senate and to former New Jersey Governor and 9/11 Commission chairman Thomas Kean.

Michael Johns further said that Talibans can never change. Their intention of spreading Global Jihad and the brutalities they perpetrate to achieve this remains the same. And in this process they are being offered sophisticated guidance from Pakistan’s ISI and patronized by CCP China.

"The fact that 9/11 was orchestrated by Osama Bin Laden is true, but it was much abetted directly or indirectly by the Taliban regime during that time, who offered them safe haven. The Taliban’s emergence was really the one that was developed out of Pakistan’s involvement, with a desire to see such a government in Kabul that might not be very interesting to the major world powers. Thus, no government except CCP China is recognizing the Taliban and no one should," he opined.

On asking how does the US, being a close ally to the UK, explain the UK's decision to recognize the Talibans, pointing out the extreme brutality that this group has unleashed, Michael said this group should never be recognized. He, however, remarked that Boris Johnson said they may need to speak with the Taliban but no UK diplomatic recognition of them has been extended (at least not yet).

On being asked about China’s long term goals in the process, John said that when China came out with its identity it was actually on an aggressive plan to surpass the United States, and develop its monopoly in various sectors. It was the plan and the policy of the Xi-Jinping government to always control Central Asia, he added.