CM Palaniswami urges PM Modi not to allow train, air services in Tamil Nadu till May 31

The chief minister is quoted to have told Modi, "I request you not to begin regular air services till 31.5.2020." 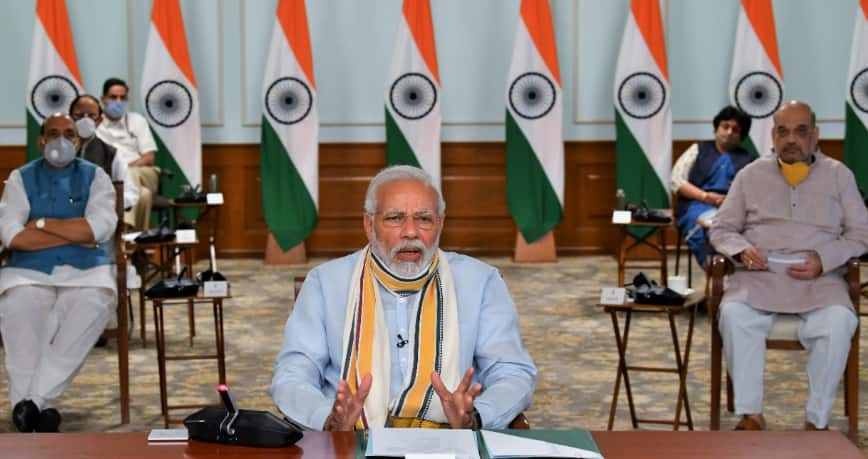 New Delhi: Tamil Nadu Chief Minister K Palaniswami on Monday (May 11) told Prime Minister Narendra Modi that passenger trains and air services in the state should not resume till May 31 during a video conference with Chief Ministers to discuss strategy on ways to contain coronavirus COVID-19 pandemic, according to a state government statement.

As the 54-day nationwide lockdown nears an end, the official release said, "We know from media that regular train service to Chennai (from Delhi) and from Chennai will commence from May 12. As the positive cases in Chennai are showing an increasing trend, don't permit train services up to 31.5.2020, in my state."

The chief minister is quoted to have told Modi, "I request you not to begin regular air services till 31.5.2020."

Notably, Indian railways has announced the resumption of a limited number of passenger services after an almost a 50-day hiatus since the national lockdown came into force in March. As many as 15 trains are to run from Tuesday on the Rajdhani route from Delhi to all the major cities, including Chennai, in the country.

The Chief Minister further said, "Effective medical treatment has ensured that the death rate is only 0.67 per cent and 1,959 patients have been discharged which works out to 27 per cent discharge rate. So far, the state has been maintaining the lowest death rate in India."

Palaniswami also briefed PM Modi that the state has a capacity to screen 13,000 samples a day, adding "I am informed that maximum tests (in the country) are being done by Tamil Nadu." Notably, the state is continuing the strategy of aggressive targeted testing.

"I also request an ad-hoc grant of Rs 1,000 crore from the National Disaster Relief Fund (NDRF) immediately to procure medical, protective materials and for the movement of migrant labourers, the cost of which has been borne entirely by the state government," the CM said.

Tamil Nadu, especially the capital city, has been witnessing a steady spike in fresh cases in the past several days after the wholesale Koyambedu vegetable market here emerged as a major hotspot.

Notably, the deadly virus today consumed six more lives in Tamil Nadu, which witnessed the sharpest spike in daily additions that pushed the cumulative tally beyond the 8,000 mark. As many as 798 people tested positive for COVID-19, taking the cumulative number of infections to 8,002, a Health Department bulletin in Chennai said.

Monday was the fifth day in a row when Tamil Nadu registered positive cases in excess of 500. There were 5,895 active cases as on date, the government said, adding a total of 2,051 people have been discharged so far following treatment, including 92 today.