The Pakistani boat was seized in a joint operation by the Coast Guard and Directorate of Revenue Intelligence (DRI). 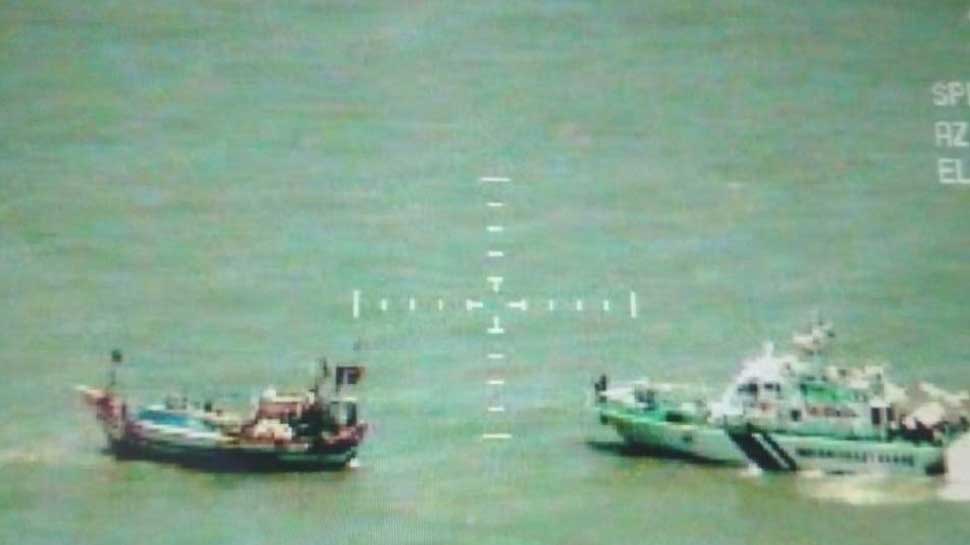 MUMBAI: The Indian Coast Guard has seized a Pakistani fishing vessel carrying drugs worth Rs 600 crores in the international market off Gujarat coast.

The Pakistani fishing vessel was carrying about 100 kg of heroin, which was seized in a joint operation by the Coast Guard and the Directorate of Revenue Intelligence (DRI).

The Pakistani vessel, "Al Madina", and its crew has been detained for questioning, the Coast Guard spokesman said.

The Pakistani vessel was seized following a tip-off received on Monday evening, a Coast Guard official said in a statement.

Sharing more details, the official said that a tip-off was received on Monday evening about a Pakistani vessel suspected to be engaged in drug trafficking. A similar input was received on the following day from the DRI.

After the two intelligence inputs, the ICG deployed two interceptor boats C-437 and C-408 from Gujarat`s Jakhua and Okho coasts, and a Dornier aircraft from the Porbandar coast to augment the search.

The ICG Ship 'Arinjay', which was on patrol off Indo-Pak IMBL, was also alerted about the suspicious vessel.

In the wee hours of Tuesday, this suspicious vessel crossed the IMBL towards Indian side and started moving towards Jakhua coast.

The vessel was kept under surveillance and intercepted at around 9:15 AM, about eight nautical miles inside the Indian waters. The vessel was found to be a Pakistani fishing boat 'Al Madina', registered at Karachi.

It was escorted to Jakhua harbour for detailed investigation and rummaging.