The unpalatable incident was faced by Rohit Raj Singh Chauhan onboard flight AI-634 flying from Bhopal to Mumbai on Saturday morning.

In what can only be imagined a horrific and unpleasant experience, an Air India (AI) passenger on Saturday found a cockroach in his breakfast onboard a flight.

The unpalatable incident was faced by Rohit Raj Singh Chauhan onboard flight AI-634 flying from Bhopal to Mumbai on Saturday morning.

The crew members had started serving breakfast to the passengers and after Chauhan opened his meal kit he found a dead cockroach in the food. 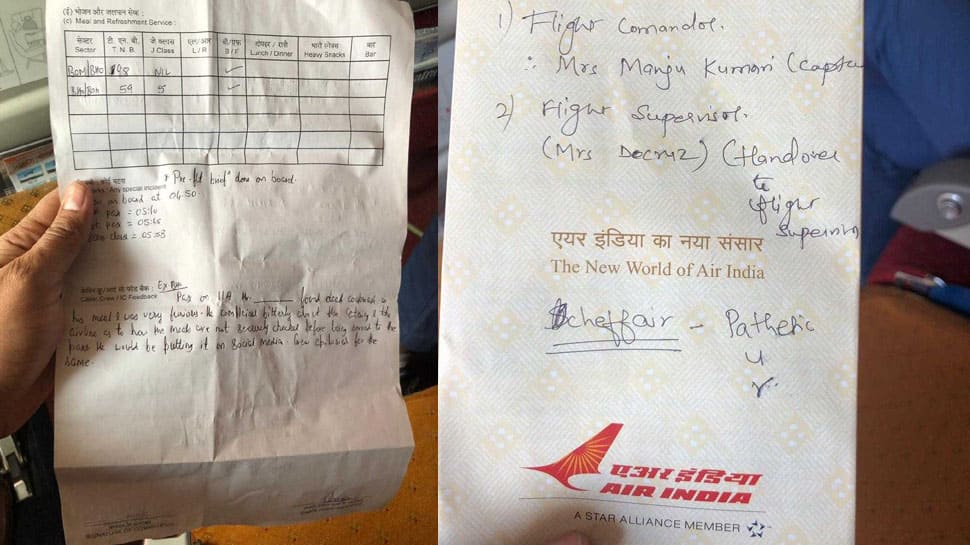 Disgusted and furious, Chauhan sought to complain about the incident to the crew members but they ignored his complaint and went ahead to serve breakfast to other passengers, said Chauhan.

Chauhan who was travelling in seat 11A, later wrote a complaint and took the signatures of the crew members.

In a feedback letter, the crew wrote, "Passenger of seat 11A, Mr. ____ found dead cockroach in his meal and was very furious. He complained bitterly about the catering and the airline as to how the meals are not securely checked before being served to the passengers. He would be putting it on social media. Crew apologised for the same."

However, Chauhan said that the airline management did not take any action into this incident.

The passenger later took to Twitter to complain about the same, forcing the airline to tender an apology.