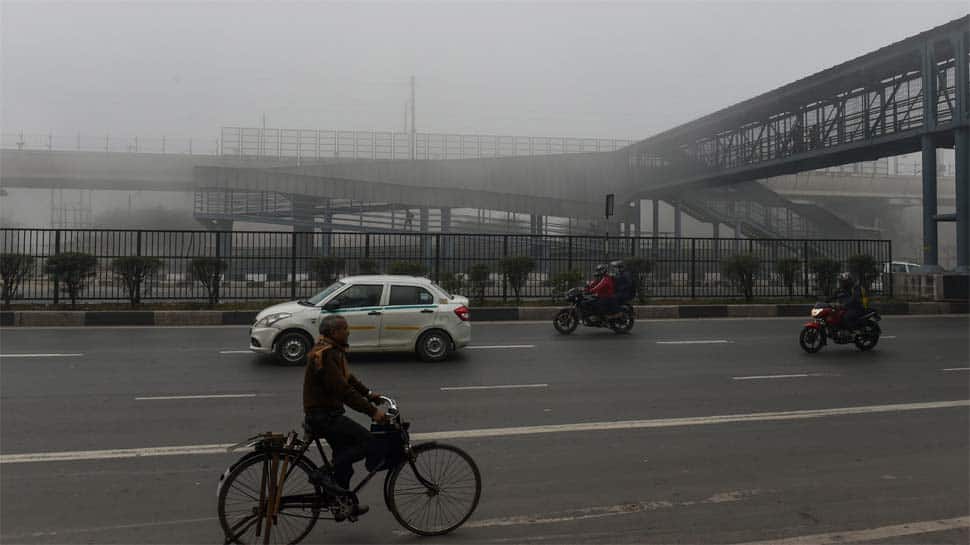 As the national capital woke up to intense fog, more than 11 Delhi-bound trains including Puri-New Delhi Purushottam Express and Malda-Delhi Farakka Express were delayed. Flight operations were also affected in the city.

Intermittent snowfall, which continued for the second day in a row, disrupted flight operations at Srinagar airport.  “The air traffic to and fro Srinagar airport has been hit because of the low visibility due to continuous snowfall," an official at the airport said.

Punjab, Haryana and Uttar Pradesh also reeled under cold wave conditions. Punjab's Adampur was the coldest place in the region at a low of 3.9 degrees Celsius while Chandigarh recorded a low of 7.4 degrees Celsius.

Among other places in Punjab, Amritsar, Ludhiana and Patiala braved cold weather conditions at 6, 7.1 and 8.4 degrees Celsius respectively, up to three degrees above normal. Pathankot, Halwara and Bathinda recorded their respective minimums at 5.9, 6.4 and 6 degrees Celsius.

In Haryana, Ambala, Hisar and Karnal experienced cold weather conditions at 7.2, 7.5 and 5.6 degrees Celsius respectively. Rohtak, Narnaul and Bhiwani recorded their minimums at 7.6, 5.3 and 8.7 degrees Celsius.

Bihar: 3 criminals killed in Begusarai after an encounter with police