The coins are being sold at an exhibition being held by the Punjab Small Industry and Export Corporation (PSIEC) at Sultanpur Lodhi between November 5 and 15, according to a press release of the government. 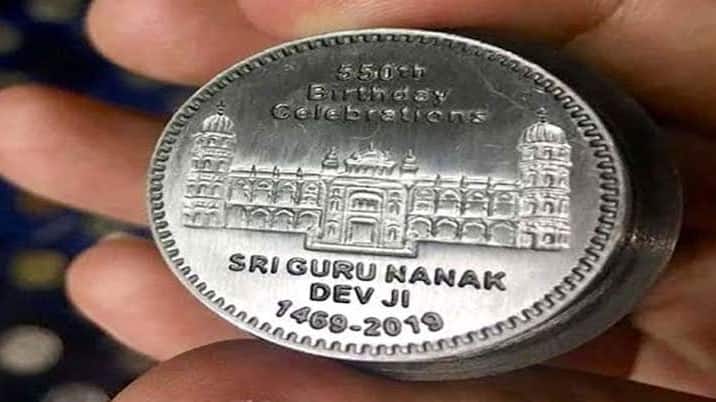 Chandigarh: Ahead of the 550th Parkash Purab of Guru Nanak Dev, the special gold and silver commemorative coins issued by Punjab government have become an instant hit with the devotees. The coins are being sold at an exhibition being held by the Punjab Small Industry and Export Corporation (PSIEC) at Sultanpur Lodhi between November 5 and 15, according to a press release of the government.

"The coins have been prepared using 99.9 per cent pure gold and silver and their cover contains the certificate of authenticity," said PSIEC Managing Director Sibin C. "The five grams gold coin is available for Rs 22,500, 10 grams gold coin for Rs 45,000 and the 50 grams silver coin for Rs 3300. These coins can also be purchased from all post offices of the state, PSIEC Phulkari emporiums and Amazon," he added.

Close to 3,500 coins of gold (of 5 and 10 grams) and silver (50 grams) have been prepared with the special logo of the 550th Parkash Purab embossed on them.The coins have been prepared by the PSIEC with the help from Metal and Mineral Corporation of India, a Central government agency.

Tripatjit Singh from Muktsar, who became the first customer by purchasing the silver coin, said: "I feel proud to have purchased this special commemorative coin. I collect other commemorative coins issued on various events related to Sikh religion as well."

"I feel privileged to become part of this historical religious event that has come during our lifetime and will always cherish the memories of the mega celebrations through the coin," he said. The inauguration of the Kartarpur corridor, which will connect Dera Baba Nanak shrine in Punjab`s Gurdaspur district with Kartarpur Sahib Gurdwara in Pakistan, will take place later this week.

Prime Minister Narendra Modi will inaugurate the corridor on the Indian side. India and Pakistan had on October 24 signed an agreement on the modalities for operationalising Kartarpur Sahib corridor, paving the way for its inauguration ahead of the 550th birth anniversary of the Sikh faith founder Guru Nanak Dev.

The corridor will facilitate visa-free movement of Indian pilgrims, who will have to just obtain a permit to visit Kartarpur Sahib, which was established in 1522 by Guru Nanak Dev.