Prime Minister Narendra Modi in his Independence Day speech on Saturday (August 15, 2020) said that the `delimitation process` in Jammu and Kashmir is underway and that polls will be conducted soon. 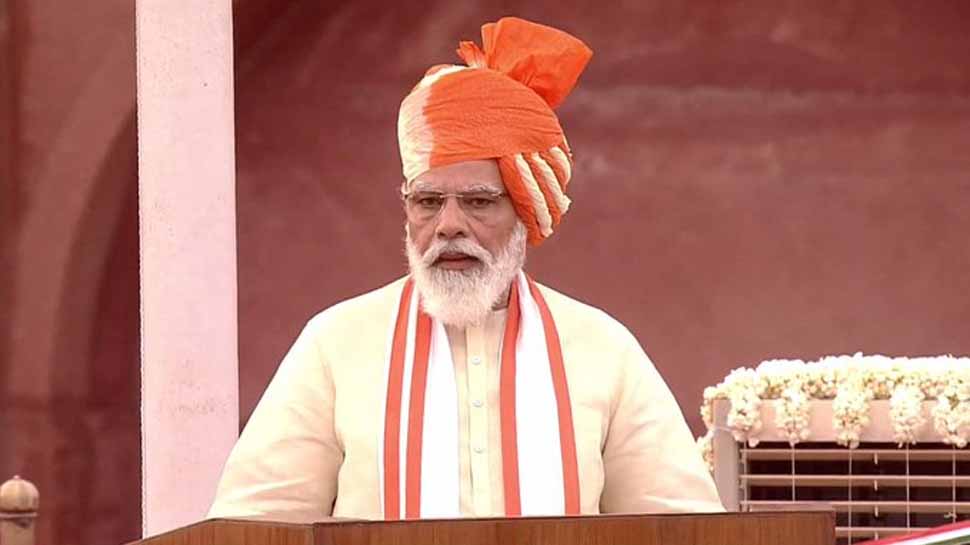 New Delhi: Prime Minister Narendra Modi in his Independence Day speech on Saturday (August 15, 2020) said that after the `delimitation process` in Jammu and Kashmir is complete polls will be conducted soon. He underlined his committment to J&K having its own Chief Minister and ministers.

"Delimitation process is underway in Jammu and Kashmir. Once it is completed, an election will be held in the Union Territory. Jammu and Kashmir will have its own chief minister and ministers. We are committed to this," he said.

Meanwhile, Lieutenant Governor of Jammu and Kashmir Manoj Sinha on Saturday expressed the resolve to make peace, progress and social harmony the most integral part of the transformed narrative during his Independence Day speech at Sher-e-Kashmir cricket stadium.

"It is a matter of great sorrow that the legacy of cultural syncretism has been eclipsed by the vicious story of sectarianism. But, we want to transform the narrative once again. We want to make development, peace, progress and social harmony the most integral part of the narrative of Jammu and Kashmir," Sinha said.

The L-G said the government has five main guiding principles - to put in place a just and transparent system of governance; a thriving grassroots level democracy; maximizing the reach of government welfare schemes; accelerating economic development and creation of employment.

He assured that the PM Modi-led government is committed to providing a better alternative for the people of J&K and urged the youths to engage in activism that helps the nation to progress.

"A new era of normalcy and development has dawned due to the changes effected in the last year; a new journey has been undertaken," the LG said referring to the abrogation of Article 370 and Article 35-A in August last year.

"Activism is not a bad thing, but to choose the correct option is of utmost significance. Your activism should be directed at the development of the nation, as this country belongs to none other than you, and you are its future leaders," he said, exorting the youths in Jammu and Kashmir to take advantage of the new opportunities," he said.