The MEA, however, added that Saudi Arabia has offered no mediation between India and Pakistan at this point in time. 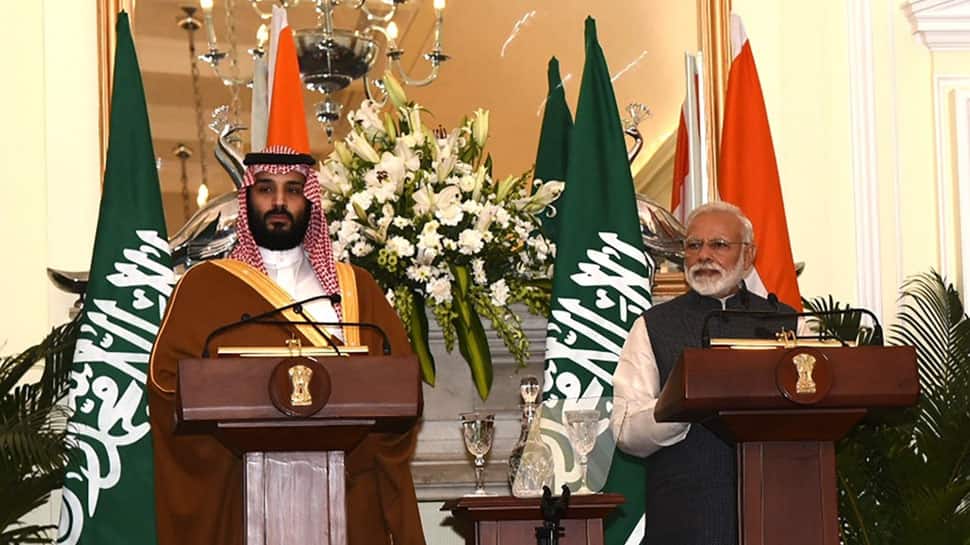 The Ministry of External Affairs (MEA) officials on Wednesday said that Saudi Crown Prince Mohammed bin Salman and Prime Minister Narendra Modi have condemned the Pulwama terror attack by JeM while "complicity" of Pakistan was very much underlined during the meeting between the two leaders.

The MEA, however, added that Saudi Arabia has offered no mediation between India and Pakistan at this point in time.

The crown prince is on a visit to India.

Addressing a press conference, Secretary (Economic Relations) TS Tirumurti said both the Saudi Prince and Prime Minister Narendra Modi underlined the importance of comprehensive sanctioning of terrorists and their organisations by the United Nations (UN).

"The complicity of Pakistan in Pulwama attacks was very much underlined. They agreed on the need for creating necessary conditions for any resumption of talks," said Tirumurti.

Tirumurti said the two leaders also called upon countries to renounce the use of terrorism as a state policy. He further added that the two leaders agreed on the need for creating necessary conditions for any resumption of talks.

"Saudi Crown Prince appreciated the consistent efforts made by PM Modi since May 2014, including his personal initiatives to have friendly relations with Pakistan. Both sides agreed on the need for creation of conditions necessary for the resumption of the comprehensive dialogue," said Tirumurti.

Earlier at a joint press event, PM Modi called the Pulwama attack a "cruel symbol" of the scourge of terrorism and sought punishment for the terrorists and their backers. The crown prince, however, did not mention the strike.

"Last week's barbaric Pulwama attack was a symbol of the shadow of the inhuman danger hovering over the world. To deal with the scourge, we have agreed that there was a need to ramp up pressure on countries extending any sort of support to terrorism," PM Modi had said, without naming Pakistan.

On his part, the visiting dignitary said, "As far as terrorism and extremism are concerned -- which are common concerns -- I want to tell India that we will extend all cooperation to you -- be it intelligence sharing... Not only with India but also with other countries. We will work together so that we can ensure a bright future for the generations to come," he added.

According to the Ministry of External Affairs, the crown prince will leave New Delhi around 11.50 pm on Wednesday.