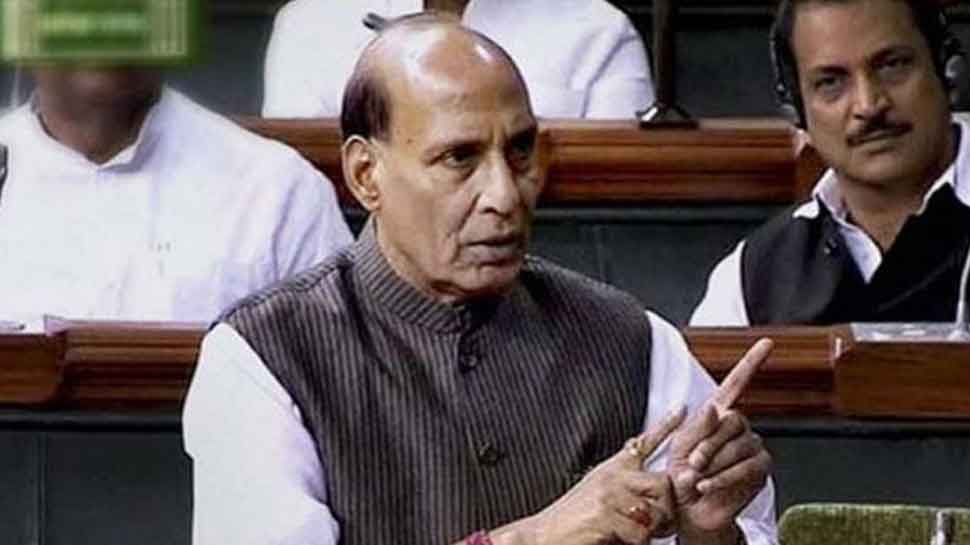 NEW DELHI: As the Lok Sabha members met for the Parliament session on Thursday, Congress-led Opposition leaders raised their objection against BJP MP Pragya Singh Thakur's 'controversial' remarks and demanded action against her. Responding to the issue, Union Defence Minister Rajnath Singh said that the BJP condemns any philosophy which describes Nathuram Godse as a patriot.

He also said that Mahatma Gandhi's philosophy was and remains relevant today and described him as a guide (marg darshak).

"If someone considers Nathuram Godse as a 'deshbhakt', then our party condemns it. Mahatma Gandhi is an idol for us, he was our guiding light and will remain so," the Defence Minister said.

Opposition MPs staged a walkout in the Lok Sabha on Thursday morning, a day after Sadhvi Pragya praised Nathuram Godse, causing a social media uproar. The MPs decided to walk out after the House refused to allow a discussion on Sadhvi Pragya's remarks.

Before the walkout, Congress leader Adhir Ranjan Chowdhury said, "Congress was called a terrorist party (by BJP MP Pragya Thakur), the party from which thousands of leaders made sacrifices for the freedom of the nation. What is happening? Will the House stay silent on this? Mahatma Gandhi's killer was called 'deshbhakt'."

To this, Lok Sabha Speaker Om Birla said, "What she said has been expunged from the record. How can there be a debate if it is not on record?"

Taking strict cognizance of Pragya Thakur's controversial remark in which she hailed Mahatama Gandhi's assassin Nathuram Godse as a patriot, BJP working president JP Nadda on Thursday condemned Thakur's statements and said that the party does not support or endorse her views. "BJP never supports such statements and ideologies, we condemn her remarks," he said.

He further said that the Bhopal MP has been barred from all key BJP meetings of the ongoing Parliament session while adding that Sadhvi Pragya has been removed from the Parliamentary Consultative Committee of Defence, after her comments in the lower House caused a massive uproar country-wide.

According to Zee Media sources, Sadhvi Pragya Thakur's case has been forwarded to the BJP disciplinary committee and her suspension from the party is likely.

Raja said that Godse made a statement when the appeal was filed before the appellate court in Mahatma Gandhi's assassination case. As he began quoting Godse, Thakur made some remarks in which she called Godse a "deshbhakt", which were objected to by the Opposition members.

This is not the first time Pragya Thakur has referred to Godse as a patriot. The BJP leader had courted controversy earlier in the run-up to the Lok Sabha elections when she called Godse a “true patriot” during a roadshow in Madhya Pradesh.