Confident my US visit will present India as global leader, says PM Narendra Modi shortly before his US visit

PM Modi will leave at around 11.30 pm IST. In the departure statement, PM Modi said, "I am confident that my visit would present India as a vibrant land of opportunities, a reliable partner and a global leader, and will also help impart new energy to our relations with the US." 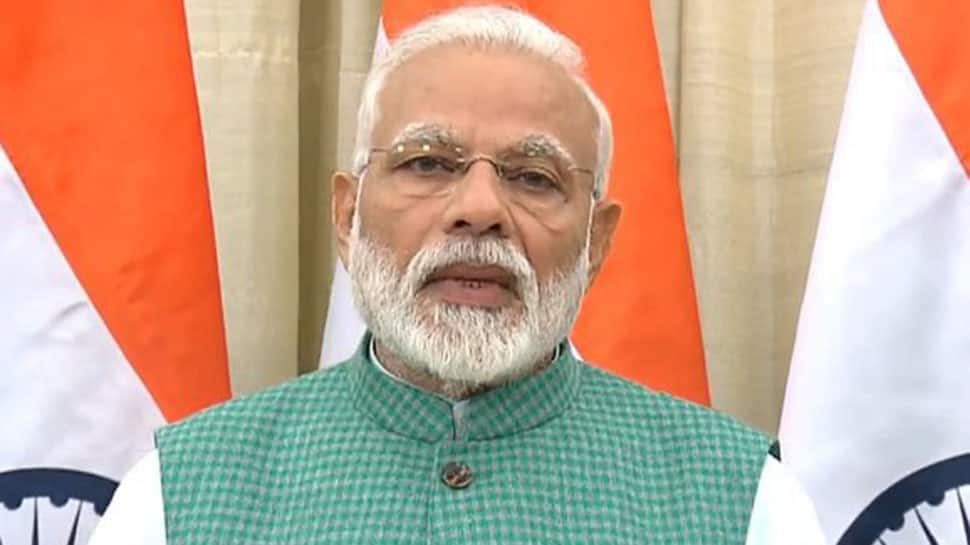 New Delhi/Houston: Prime Minister Narendra Modi will shortly begin his week-long visit to the US and ahead of the visit he has said he is confident that his visit will present India as a global leader and boost ties with the US. PM Modi will leave at around 11.30 pm IST. In the departure statement, PM Modi said, "I am confident that my visit would present India as a vibrant land of opportunities, a reliable partner and a global leader, and will also help impart new energy to our relations with the US."

PM will be meeting around 45 world leaders from all parts of the world from--neighbourhood to extended neighbourhood to Latin America. He will be meeting US President Donald Trump on Tuesday in New York for a bilateral. This will be his third bilateral meet with US President in 2019, after meeting on the sidelines of G20 summit in Japan and G7 summit in France. PM Modi in the statement said he looks forward to meeting with President Trump in Houston and New York.

He said, "The US is a vital partner for our national development, with rich possibilities of partnership in education, skills, research, technology and innovation, and an enabler for India in economic growth and national security...Working together, we can contribute to building a more peaceful, stable, secure, sustainable and prosperous world."

Overall three main focus points of the visit--multilateral engagements at United Nations, a bilateral component in the US--which include meeting with businesses, diaspora and US political leadership and bilateral meeting in New York.

Harsh V Shringla speaking to media in the Houston said, "Prime minister has a comprehensive programme in the US. He arrives in Houston this Saturday and soon after he arrives he has an event to meet top CEOs of Energy companies. Houston is the global hub for energy. Our cooperation with the US has increased significantly because of our interest in US crude oil and energy."

His first stop will be Houston were his first engagement will be to meet top energy companies CEOs. Remember Houston, the capital the fourth most populous city of US and capital of southern American state of Texas.

Sunday will see him participating in "Howdy Modi" diaspora event, which will be the largest gathering of people for a visiting democratically elected leader. According to the organisers, 50,000 people have registered for the event, mostly Indian Americans. US President Donald Trump along with senior democratic leadership will be present.

He will be New York from Monday and will be speaking nine times at various events throughout the week that will be broadcast live. Monday will see him address climate change and health care summit and Leaders dialogue on strategic responses to terrorist and violent extremists narrative.

Tuesday will see the focus on 150th birth anniversary of Mahatma Gandhi with the launch of Gandhi Solar park in United Nation Headquater premises. Gandhi Solar Park has 193 panels representing the UN Member nations and has been built with Indian government's grant of one million dollars. Solar panels gifted from India, are installed on the roof of the UN. The panels are powered up to reach the max of 50 KW of generation power. With an output of 86244 Kwh, it equals to 61 metric tons of CO2 or 30,242 kg of coal burned carbon sequestered from 1008 tree seedlings grown over 10 years. A UN postage stamp will be released and Gandhi Peace Garden to be inaugurated in New York State university remotely.

Foreign secretary Vijay Gokhale, "This is PM's first visit to the United States after the re-election of the government, and Prime Minister is going to UNGA with solid achievements in previous five years in sustainable development goals. Our intention is to showcase progress made on climate change, universal health coverage, sanitation etc. and convey expectation from other countries and understand their aspirations."

The statement read, "The New York leg of my visit will also cover important elements of our bilateral relations with the US. I look forward to addressing the opening plenary of the Bloomberg Global Business Forum and inviting American business leaders to participate more actively in India's economic growth and transformation. I am honoured by the decision of the Bill and Melinda Gates Foundation to confer upon me the Global Goalkeepers Goals Award 2019."

This is the first visit to the US by PM Modi in his second term. In his first term, PM Modi visited the US twice in 2014 and 2015. No meeting with Pakistani Prime Minister Imran Khan will take place, who is also in New York for the UNGA week given the current climate between the two countries.

with inputs from Palki Sharma Upadhyay and Aditi Tyagi