The Congress president also expressed his deepest condolences to the families of the 40 CRPF martyrs. 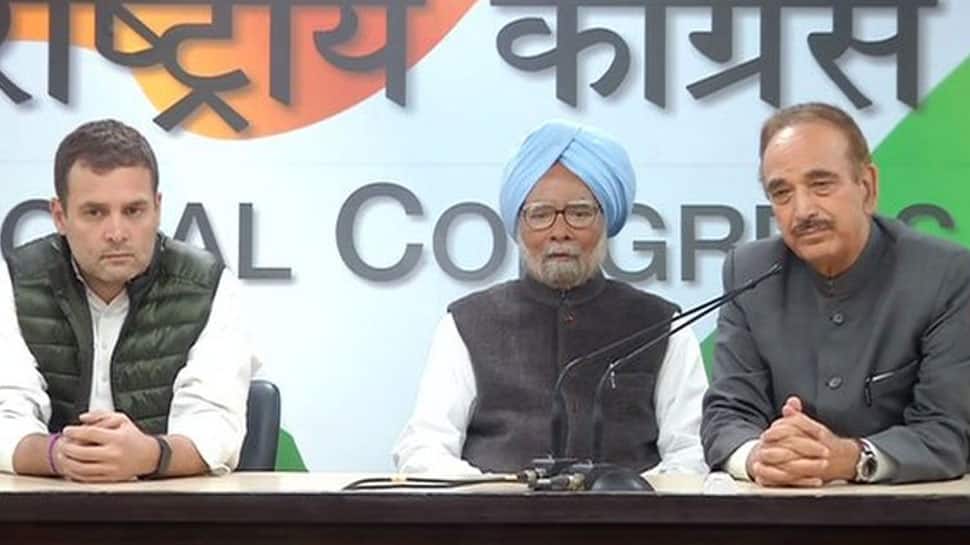 NEW DELHI: The Congress party on Friday strongly condemned the Awantipora suicide attack on the CRPF convoy on Thursday in which at least 40 troopers were killed and extended its full support to the Narendra Modi in dealing with Pakistan.

Addressing a brief press conference in the national capital on Friday, Congress chief Rahul Gandhi said, ''This is a time of mourning, sadness and respect. We are fully supporting the Government of India and our security forces. We are not going to get into any other conversation apart from this.''

Congress President Rahul Gandhi: This is a time of mourning, sadness, & respect. We are fully supporting the govt of India and our security forces. We are not going to get into any other conversation apart from this. #PulwamaAttack pic.twitter.com/Dkfn5yh3KH

The Congress president also expressed his deepest condolences to the families of the 40 CRPF martyrs who made their supreme sacrifice for the nation.

''This is a terrible tragedy. This type of violence done against our soldiers is absolutely disgusting. We are all standing together with our jawans. No force can divide or break this country,'' he added.

''No amount of anger can harm the love and affection our country is built on, '' Rahul Gandhi said.

''Today is the day of mourning. Our country has lost close to 40 armed forces jawans and our foremost duty is to convey to their families that we are with them. We shall never compromise with the terrorist forces,'' Dr Singh said.

Earlier, PM Narendra Modi paid tribute to 40 CRPF personnel, who were killed in a terror attack in Pulwama on Thursday.

"I pay tribute to soldiers who lost their lives in Pulwama Attack. Our security forces have been given full freedom. We have full faith in their bravery," the Prime Minister said.

"The forces behind this act of terrorism and those responsible for it will be definitely punished," PM Modi added.

In a media briefing after the meeting of the Cabinet Committee on Security (CCS), Finance Minister Arun Jaitley said the most-favoured nation (MFN) status to Pakistan stands revoked.