The two parties walked out of the House during the Zero Hour as Lok Sabha Speaker Om Birla did not heed to their demands for a discussion on the issue. 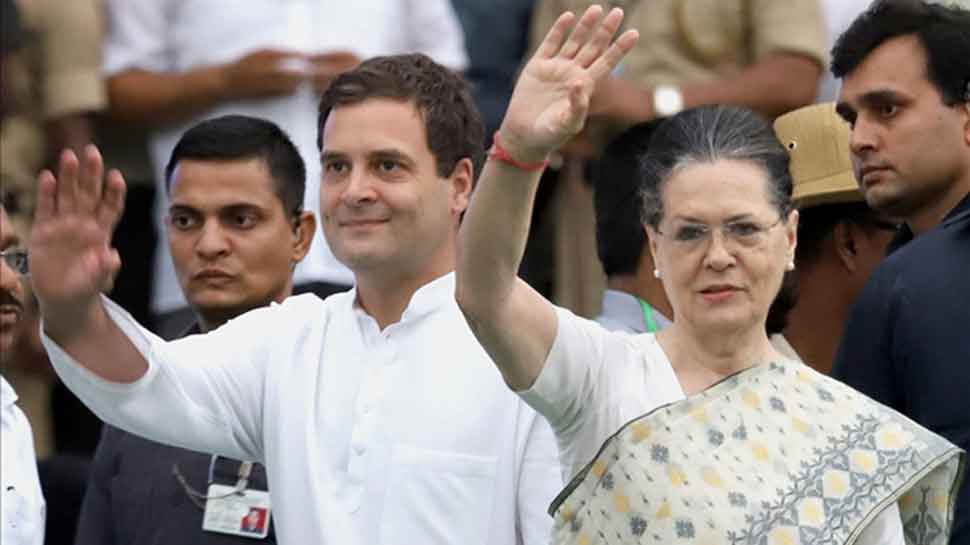 New Delhi: The Congress and the Dravida Munnetra Kazhagam (DMK) on Tuesday staged walkout from the Lok Sabha over withdrawal of SPG security of Gandhi family, accusing the government of doing politics in the name of security.

The two parties walked out of the House during the Zero Hour as Lok Sabha Speaker Om Birla did not heed to their demands for a discussion on the issue. Despite the denial, they continued their protest for over an hour in the House, disrupting the proceedings.

Congress leaders then trooped near speaker`s podium sloganeering "stop politics in the name of security", "stop dictatorship", "Prime Minister give reply", "we want justice". They were later joined by MPs of DMK and National Conference, who sought release of Farooq Abdullah from detention in Jammu and Kashmir.

Earlier, Chowdhury gave an adjournment notice in the Lok Sabha on the Home Ministry`s move to remove the special protection.

Amid pandemonium, Birla continued the House proceedings and began Question Hour on the doubling of farmers` income by 2022.

As the opposition continued its protest, Birla requested them to cooperate in running the House.

"Today, there is a discussion on farmers' issue. This is not good as you are not interested in discussion over such an important issue," Birla said.

In Zero Hour, Chowdhury again raised the issue and he got the support of DMK`s T.R. Balu who said that the government itself issued a notification regarding Liberation Tigers of Tamil Eelam (LTTE) threat to the Gandhi family and the news was published on November 11 everywhere.

Failed to get a response from the Speaker, Congress walked out of the house and the DMK followed suit.

The Special Protection Group (SPG) cover given to Gandhis was withdrawn earlier this month and they were given `Z plus` security provided by the Central Reserve Police Force (CRPF).

The SPG security was withdrawn from the New Delhi residences of Sonia, her son Rahul and daughter Priyanka.

The Gandhi family had been enjoying the SPG cover since the assassination of former Prime Minister Rajiv Gandhi on May 21, 1991.

The decision to withdraw SPG security, the country`s highest grade of protection, was taken after a review involving the Cabinet Secretariat and the Ministry of Home Affairs with inputs from various intelligence agencies.