Supporters of Congress leader Jyotiraditya Scindia have voiced their opinion openly and demanded that the former MP be made the chief of the Madhya Pradesh unit of the party. 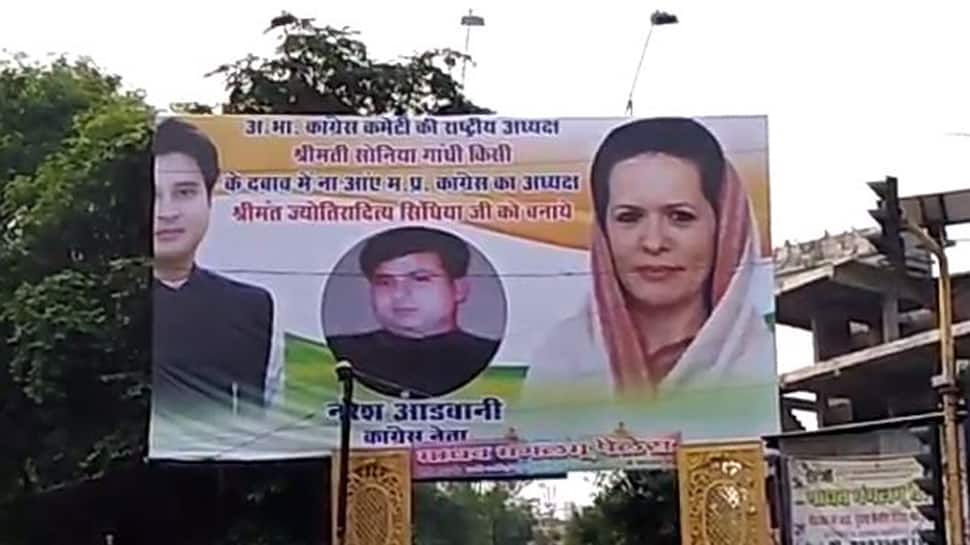 It seems that there is no end to trouble for the Congress party and leadership. In the latest such development, the grand old party is witnessing infighting in Madhya Pradesh over the selection of new president of the state unit of Congress.

Supporters of Congress leader Jyotiraditya Scindia have voiced their opinion openly and demanded that the former MP be made the chief of the Madhya Pradesh unit of the party.

Hoardings campaigning for Scindia have been installed at several places across Gwalior. The poster campaign has triggered a political row in the state, which is ruled by the Congress party. In the hoardings, the supporters have asked Congress interim president Sonia Gandhi to appoint Scindia as party’s state unit chief without succumbing to any pressure.

Notably, several MLAs and ministers in Chief Minister Kamal Nath-led government have been demanding the appointment of Scindia as Madhya Pradesh Congress president.

This is not the first time that a leadership tussle has come to the fore in Madhya Pradesh. After the Congress emerged victorious in the 2018 Assembly elections, both Jyotiraditya Scindia and Kamal Nath were in the race for the post of Chief Minister.

After days of speculations and deliberations, the then Congress president Rahul Gandhi had chosen Kamal Nath for the post of Chief Minister.

There have also been instances when Scindia has not spoken in line with the Congress leadership. Recently when Prime Minister Narendra Modi-led NDA government announced the abrogation of Article 370, which granted special status to Jammu and Kashmir, Scindia came out in support of the decision.

He backed the government over the move despite the Congress leadership, including Rahul Gandhi and party’s interim chief Sonia Gandhi strongly opposing the move.

"I support the move on #JammuAndKashmir & #Ladakh and its full integration into the union of India. Would have been better if the constitutional process had been followed. No questions could have been raised then. Nevertheless, this is in our country’s interest and I support this," Scindia had tweeted.