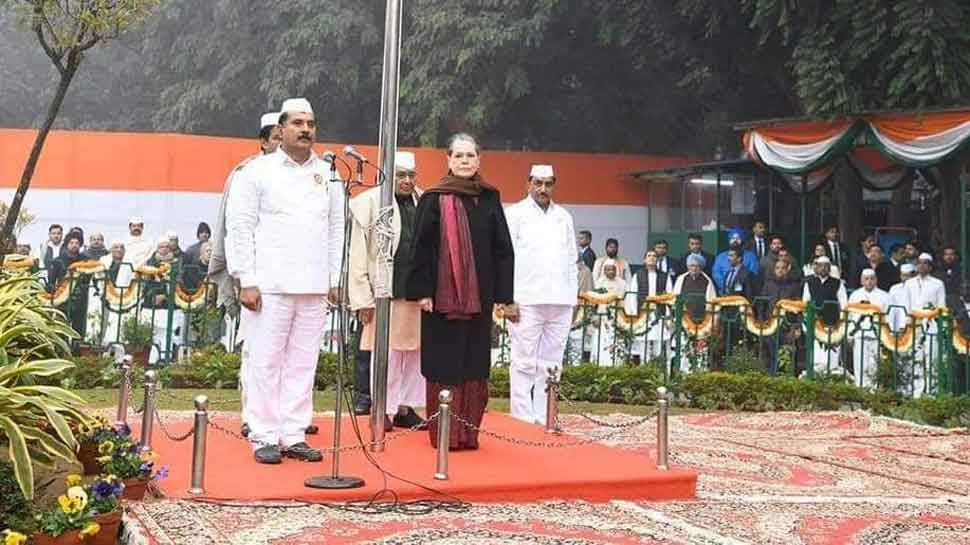 Senior Congress leaders including former Prime Minister Manmohan Singh, Motilal Vora, AK Antony, and Rahul Gandhi sang 'Vande Matram' on the occasion. The party plans to hold marches throughout the country to spread the message of 'Save Constitution-Save India' and its leaders will read the Preamble of the Constitution in their respective languages at public meetings organised for this purpose during the day.

Rahul Gandhi will pay a day-long visit to Assam today to extend the party's solidarity to the people protesting against the contentious Citizenship (Amendment) Act, a senior party leader said. The public meeting is due at Khanapara Veterinary Field on Saturday and has been named 'Ashtitwa Rakhyar Samabekh.' Rahul will visit the family of teenager Sam Stafford who was killed in police firing against the new citizenship law. The 17-year-old Stafford was a drummer and a budding musician has become a symbol of anti-CAA protests.

"Congress party will rise to every occasion when there is a challenge to the constitution of India and any effort to derail the country from its path of progress amidst historical unemployment and pall of economic gloom," the statement read. Congress was founded by a British, Allan Octavian Hume, on December 28, 1885.