Congress is suffering because Rahul Gandhi 'walked away': Salman Khurshid

Khurshid pointed out that the departure of Rahul Gandhi has left a vacuum in his party, which has further complicated the situation. 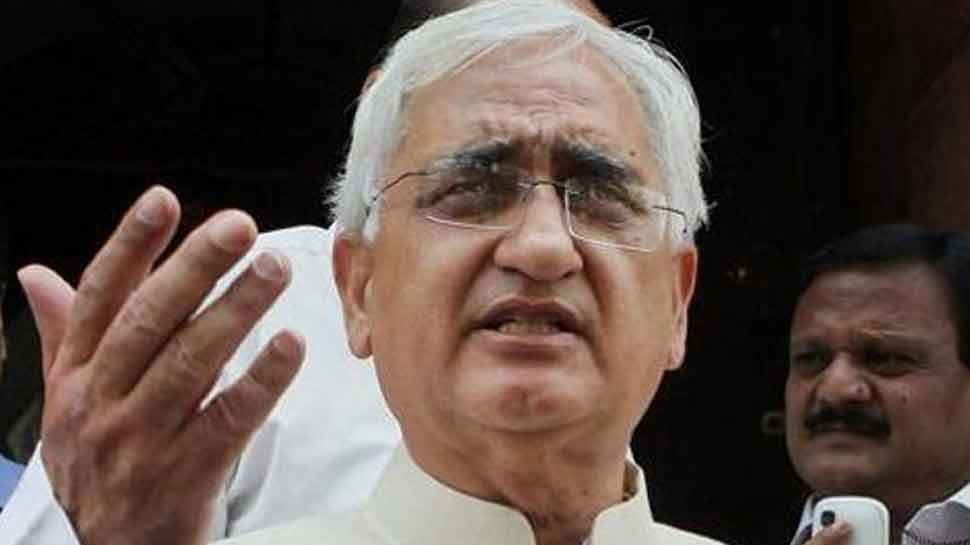 NEW DELHI: Senior Congress leader and former Union minister Salman Khurshid on Wednesday said that his party is suffering because former party president Rahul Gandhi walked away after facing humiliation in the 2019 Lok Sabha election. Khurshid pointed out that the departure of Rahul Gandhi has left a vacuum in his party, which has further complicated the situation.

''We need to know why we are in the state in which we are. Unfortunately, despite our earnest pleading, Rahul Gandhi decided to step down and resign from the president post. We wanted him to continue but it was his decision and we respect it,'' he said.

He asserted that the ongoing struggle within his party is such that it is unlikely to win the upcoming assembly elections in Haryana and Maharashtra.

The veteran Congress leader lamented that the situation in his party is so worse that it may not even ensure its own future, let alone winning the upcoming assembly election in two states.

Khurshid's critical remarks about the state of affairs of Congress came days ahead of the assembly poll in Haryana and Maharashtra on October 21.

“We haven’t really got together to analyse why we got defeated (in the Lok Sabha elections),” Khurshid said in an interview.

“Our biggest problem is that our leader (Rahul Gandhi) has walked away. It has a kind of left a vacuum. Sonia Gandhi stepped in, but there is more than an indication that she is treating herself as a stop-gap arrangement. I wish it wasn’t so,” he added.

The veteran Supreme Court lawyer said that the Congress is facing attrition because it is "taking too long to come to terms" with its defeat in the 2019 Lok Sabha election, results for which were declared on May 23.

Khurshid, however, said that he won't desert his party like others who have done in the recent past.

''I have very deep pain and concern about where we are today as a party. No matter what happens we won't leave the party, we aren't like those who got everything from the party and when the chips were down, things were difficult, they left the party and walked away,'' Khurshid said.

Congress won only 52 of the 542 parliamentary seats in the 2019 Lok Sabha elections, compared to 303 won by the Bharatiya Janata Party. The party faces crucial tests on October 21 when Haryana and Maharashtra go to polls.

After the defeat in May, Rahul Gandhi resigned as Congress president and his mother, Sonia Gandhi, stepped in on an interim basis.

Meanwhile, a revolt is also brewing in Maharashtra. Sanjay Nirupam, a key state leader there, recently threatened to quit the party after his recommendations for its nominees were rejected by the party leadership.

In the 2019 Lok Sabha elections, Rahul Gandhi lost his own seat, Amethi, which for long had been a Congress party bastion, in Uttar Pradesh. However, he won a seat from Wayanad in Kerala.