Earlier on Monday, 21 Congress and nine JDS ministers decided to resign ‘voluntarily’ in order to accommodate the disgruntled MLAs and save the Congress-JDS coalition government in the state. 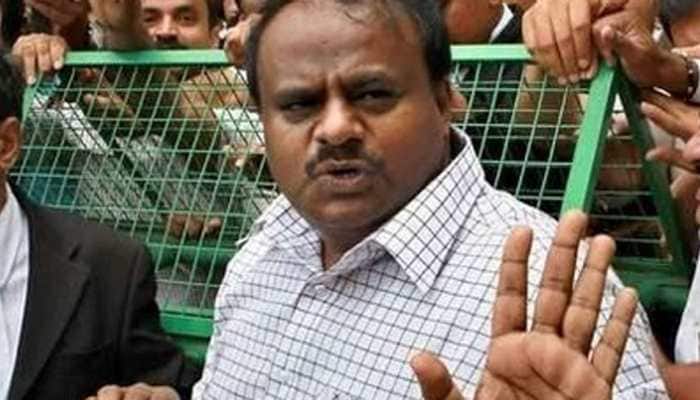 The ongoing political crisis in Karnataka deepened on Monday as two Independent MLAs tendered their resignation from Chief Minister HD Kumaraswamy Cabinet and pledged their support to the BJP. Sources said that 4-5 more Congress MLAs are planning to resign and suspended Congress MLA Roshan Baig has openly said that he will resign from the party and will not hesitate in joining the BJP.

Earlier on Monday, 21 Congress and nine JDS ministers decided to resign ‘voluntarily’ in order to accommodate the disgruntled MLAs and save the Congress-JDS coalition government in the state. The decision to quit the cabinet was taken at a meeting of Congress ministers at Deputy Chief Minister G Parameshwara’s residence. The meeting was attended by CLP leader Siddaramaiah, AICC general secretary K C Venugopal and other senior leaders of the party. Shortly after the meeting, the JDS leaders in the Karnataka cabinet also announced their decision to resign.

CM Kumaraswamy, however, expressed confidence while talking to media and said that the government is not in danger. The Chief Minister’s Office later tweeted that a Cabinet reshuffle would happen soon. Kumaraswamy stressed that he had “no fear” about the “political developments” and was focused on working for the development of the state.

With the resignation of Independent MLAs R Shankar and H Nagesh the strength of the ruling coalition has come down to 103, while the BJP has 105 MLAs on its side. The Speaker on Monday asked the MLAs who have resigned to meet him on Tuesday and he is expected to take a decision over their resignation only after the meeting.

Both Shankar and Nagesh also left for Mumbai after submitting their resignation. In the evening, all the 14 rebel MLAs, including 10 from Congress, two from JDS and two Independents, left to Goa from Mumbai. The president of Mumbai unit of Bhartiya Janata Yuva Morcha, Mohit Bhartiya, accompanied these MLAs from Mumbai to Goa.

Former Karnataka chief minister and BJP leader BS Yeddyurappa told ANI on Tuesday that his party now has the support of 107 MLAs and CM Kumaraswamy must resign because he has lost the majority.

Meanwhile, Karnataka Congress leaders KC Venugopal, Dinesh Gundu Rao, Siddaramaiah, G Parameshwara, MB Patil and Eshwara Khandre held meeting at an undisclosed location on Tuesday evening with legal advisers to discuss about the action which the party can take against the rebel MLAs.

"We're committed to maintaining the dignity of parliamentary democracy. The trend of submitting resignations was started by Rahul Gandhi in Congress,it wasn't started by us. He himself asked people to submit resignations, even senior leaders are submitting their resignations," added the defence minister.