Rane got upset with the lack of progress on Goa-Mumbai highway and his workers ambushed the engineer and bathed him with mud.

Sindhudurg: Congress MLA Nitesh Rane on Thursday splashed a highway engineer with mud and tied him to a bridge on the Mumbai-Goa highway in Kankavali town of Sindhuburg district in Maharashtra.

The incident occurred when the work of widening the 600 km long road was going on. The MLA arrived at Kankavali section of the highway to conduct an inspection of the work done. He also called the Public Works Department (PWD) engineer Prakash Khadekar to the spot and reprimanded him over the situation of the highway. 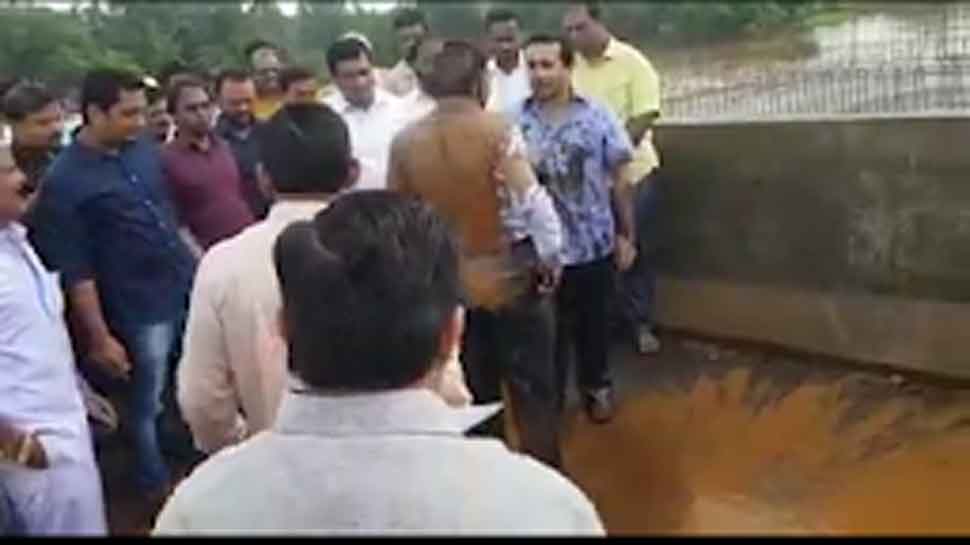 The section of the highway, stretching between two bridges, was ridden with potholes which were not being filled up. This was causing trouble to the commuters as several accidents were reported in the area due to puddles filled with rainwater.

Rane got upset with the lack of progress and his workers ambushed the engineer and bathed him with mud. He also made the engineer march from Gandhari bridge to Janvali bridge in the mud-trenched state to make him understand the seriousness of the situation, as per reports.

Rane said that the highway is an important connecting link to Goa which gets traffic at all hours of the day. The puddles were creating a nuisance for the commuters and concerned people should do their work responsibly. 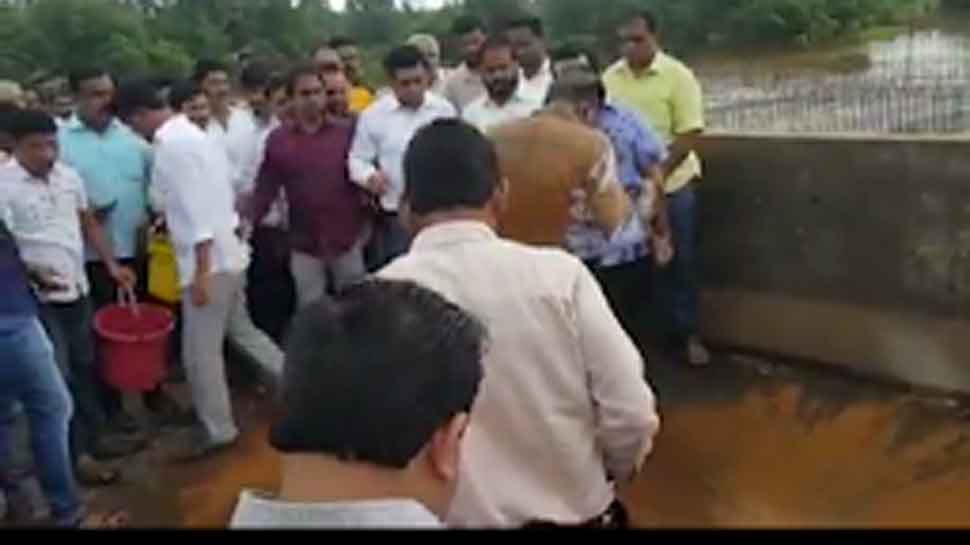 Rane reportedly gave the engineer an ultimatum of 15 days while warning him of dire consequences.

Nitesh Rane is the MLA from Kankanavi area of Sindhudurg district. He is the son of BJP-nominated Rajya Sabha MP Narayan Rane. Narayan Rane is a veteran Maharashtra leader and has served as chief minister of the state previously.