The day started with thousands of Shiv Sainiks coming from across Maharashtra and queuing up at 'Shivtirth' for their turn to offer tributes to the charismatic and firebrand leader who passed away on this day in 2012. 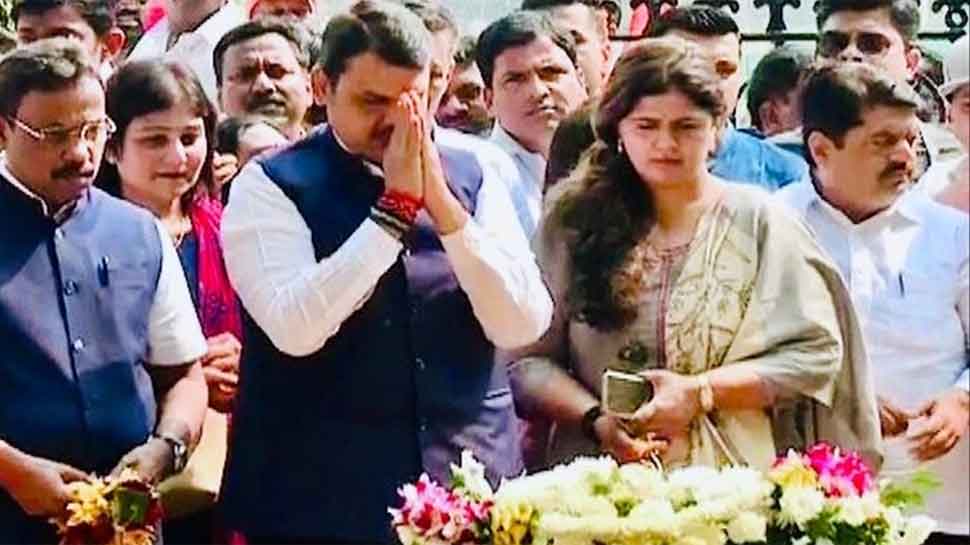 Mumbai: For the first time, the Congress and Nationalist Congress Party paid homage to the founder of the Shiv Sena, the late Bal Thackeray on his seventh death anniversary and later the Bharatiya Janata Party also joined in, here on Sunday.

The day started with thousands of Shiv Sainiks coming from across Maharashtra and queuing up at `Shivtirth` for their turn to offer tributes to the charismatic and firebrand leader who passed away on this day in 2012.

An erstwhile close confidante of the late leader, Bhujbal was seen getting emotional and later recalled the relationship he enjoyed with the late Thackeray.

NCP President Sharad Pawar who is in Pune paid rich tributes to the leader, describing him as a person who kindled pride in the Marathi 'manoos', was known for his courageous personality through which he gave a direction to society and politics.

Congress leaders including Bhai Jagtap came and paid homage and recalled his services to the state and people of Maharashtra.

Sometime later, former Chief Minister Devendra Fadnavis and his former ministerial colleagues Vinod Tawade and Pankaja Munde also paid floral tributes. They did not enter inside the `Shivtirth` statue where Sena leaders including Uddhav Thackeray were present but quickly left after paying their homage.

It may be recalled that the Congress-NCP and Sena are currently engaged in finalizing their alliance before forming the state government.

A stunned BJP is still hoping that the Sena will have a change of heart and come around, but is claiming that it will form the government despite having 105 MLAs, plus reportedly the support of 14 others including independents.

The Congress-NCP is currently providing final touches to the proposed alliance with Sena with a meeting between their top leaders - Sonia Gandhi and Sharad Pawar - scheduled in New Delhi on Monday.

Signalling a formal split, the Sena is not attending a crucial NDA meet, while the party`s three MPs have been given a new seating arrangement in Rajya Sabha for the parliament session starting on Monday.