The party also hit out at the Yogi Adityanath government in Uttar Pradesh and said the state has become the 'crime capital' of the country under his regime. 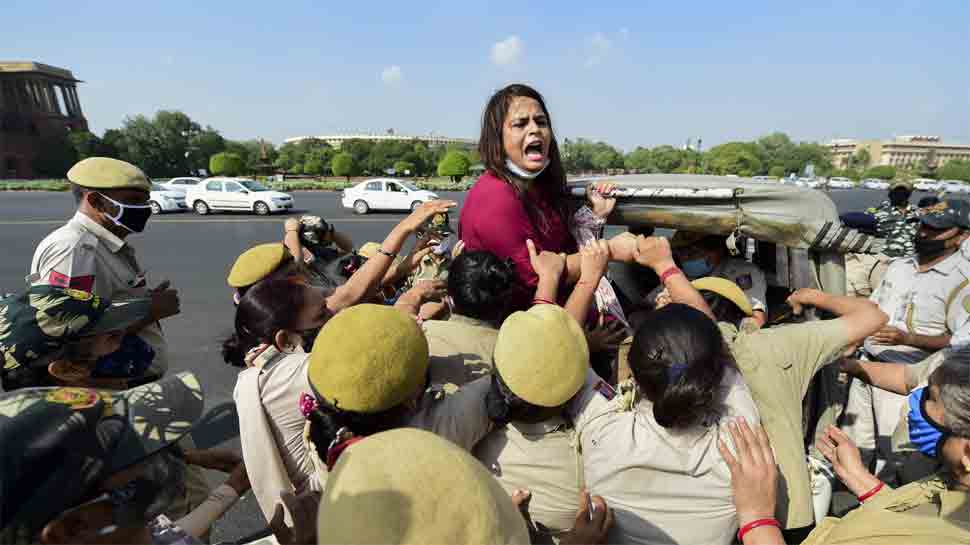 NEW DELHI: The Congress on Tuesday (September 29) questioned the silence of Prime Minister Narendra Modi and women BJP leaders on Hathras gangrape incident in which the 19-year-old rape victim lost her life after being subjected to extreme brutality.

The party also hit out at the Yogi Adityanath government in Uttar Pradesh and said the state has become the 'crime capital' of the country under his regime.

"The government said this is fake news and left the victim to die. Neither was this unfortunate incident fake, nor was the death of the victim and the brutality of the government," he said in a tweet in Hindi.

Congress general secretary Priyanka Gandhi Vadra said a girl belonging to a low-caste who was victim of demoniac behaviour in Hathras and passed away at Safdarjung Hospital after struggling for two weeks between life and death in hospitals. "Law and order in UP has deteriorated to a great extent. There is no semblance of safety for women. The criminals are committing crimes in the open," she said.

Earlier in the day, Congress staged protests demanding justice for the victim at Vijay Chowk. The party said its leaders P L Punia, Udit Raj and other leaders were detained at the Mandir Marg Police station for the protest.

BSP chief Mayawati and Samajwadi Party supremo Akhilesh Yadav also spoke out on the incident and demanded strict and fast punishment for the culprits.

The teeanged girl, who had gone to a field along with her mother on September 14, was assaulted and brutally gangraped by four men on September 14. She was first dmitted to  Jawaharlal Nehru Medical College and Hospital in Aligarh with deep injuries on her body parts; and legs and arms completely and partially paralysed.

On September 28, she was referred to Delhi's Safdarjung Hospital where she breathed her last at 3 am on Tuesday.

Earlier in the day, the victim's brother had accused the police of no cooperation in the case and said he has to rush her to the hospital from the police station on an auto.