Conviction in Kathua rape and murder case will act as a deterrent: Mayawati

Mayawati said such punishments should be given across the country to establish the rule of law. 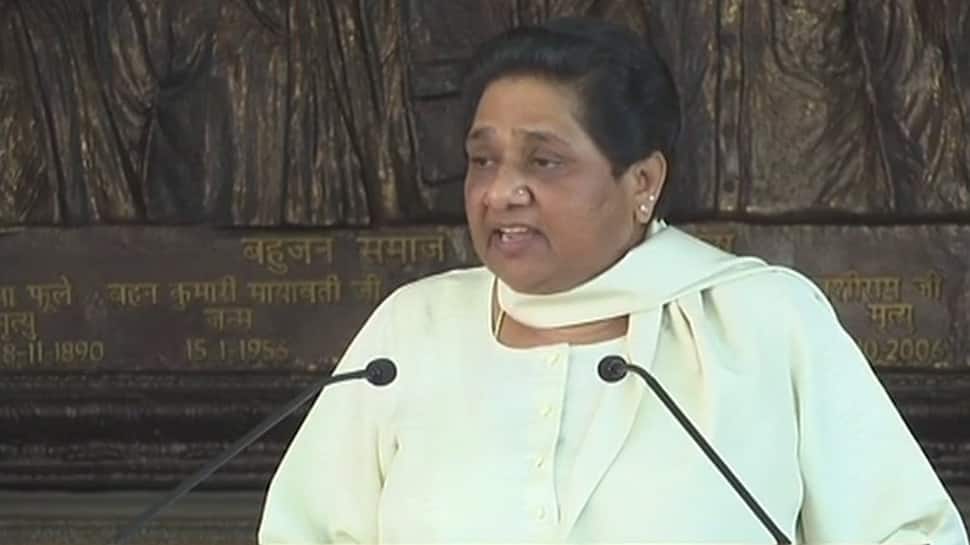 Lucknow: BSP chief Mayawati on Tuesday said the conviction in the horrific Kathua gangrape-murder case will serve as a deterrent and prevent people from committing such heinous crimes. A court on Monday sentenced three men, including a temple caretaker, to life imprisonment till last breath for the gang rape and murder of an 8-year-old nomadic girl in Kathua in Jammu and Kashmir shortly after convicting them along with three others for the ghastly crime that shook the nation 17 months ago.

Mayawati said such punishments should be given across the country to establish the rule of law. "The punishment pronounced by the court in the Kathua gang rape and murder case in which three criminals were given life term and three were given five-year life term, it is possible that a fear of law will be created among people, and they will abstain from committing such heinous crimes," she said on Twitter.

"To establish the rule of law, such punishments should be given across the country," she said.

"The perpetrators of this crime have acted in such a manner as if there is a 'law of jungle' prevalent in the society," the judge said, adding the facts in the case are many but truth is one that under a criminal conspiracy, an innocent girl has been kidnapped, wrongfully confined, drugged, raped and ultimately murdered.

Delhi likely to get respite from scorching heat, rains expected in evening: IMD