Cops in UP take aim with pistols, rifles to check motorists

Checking at gunpoint is the new - and questionable - technique adopted by UP cops in Badayun district in their fight against crime. 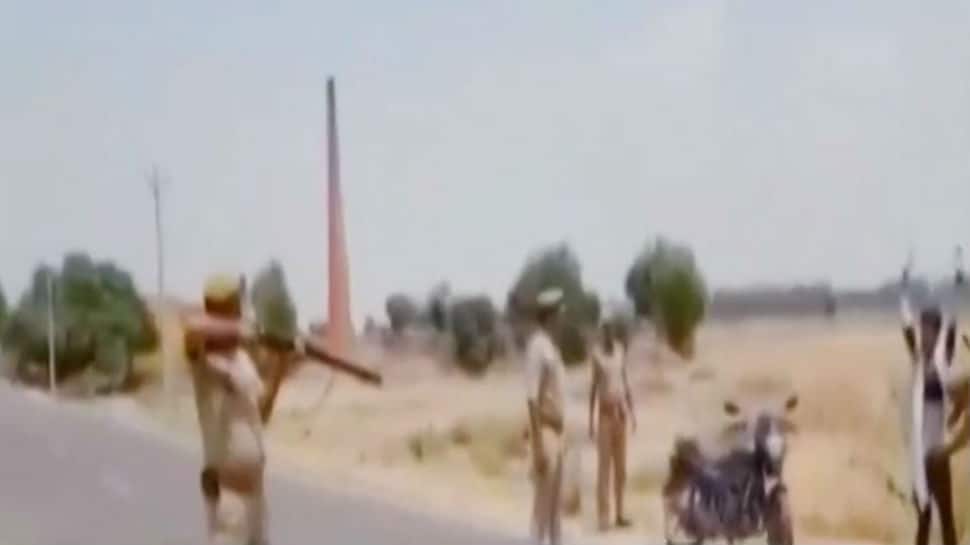 Cops in Uttar Pradesh's Badayun district have begun checking motorists at gunpoint after being instructed to do so by their senior officials. With pistols and/or rifles firmly pointed at every motorist halted for checking, cops say this is a precautionary measure although many others say that it is nothing short of intimidation.

While the state of UP is notorious for its nefarious criminal record, cops here are leaving nothing to chance and have begun halting vehicles in Badayun at gunpoint. Many of the motorists are asked to get out of their cars or get off their bikes and are frisked - all with either rifles or pistols firmly pointed at them. The checking has also been filmed on mobile phones by the cops in several instances. "We have told cops to do so to ensure their safety and to ensure that anyone with any wrong or mala fide intention does not get away," said Ashok Kumar Tripathi, SSP Badayun.

Checking is being conducted at key road and interjections in the Badayun district with at least three to four cops at each location. While one or two cops train their arms at persons stopped for checking, the others frisk the motorists and check their vehicles for any suspicious object.

According to sources, there is a strong possibility that UP cops elsewhere in the state may also start adopting this technique in their fight against crime although there are operational and ethical questions galore. Many ask if it is justified to point a gun at a common man in the name of security checks. They also ask about what these cops would do in case someone gets nervous looking at the weapons at close range and decides to run for his life. Then there are objections to the safety aspect of training a gun at a common man with accidental firing a strong possibility.