Raja's daughter Aprajita is among the 36 people who have been named in the chargeseheet. Others include Shehla Rashid, Rama Naga, Ashutosh Kumar and Banojyotsna Lahiri. 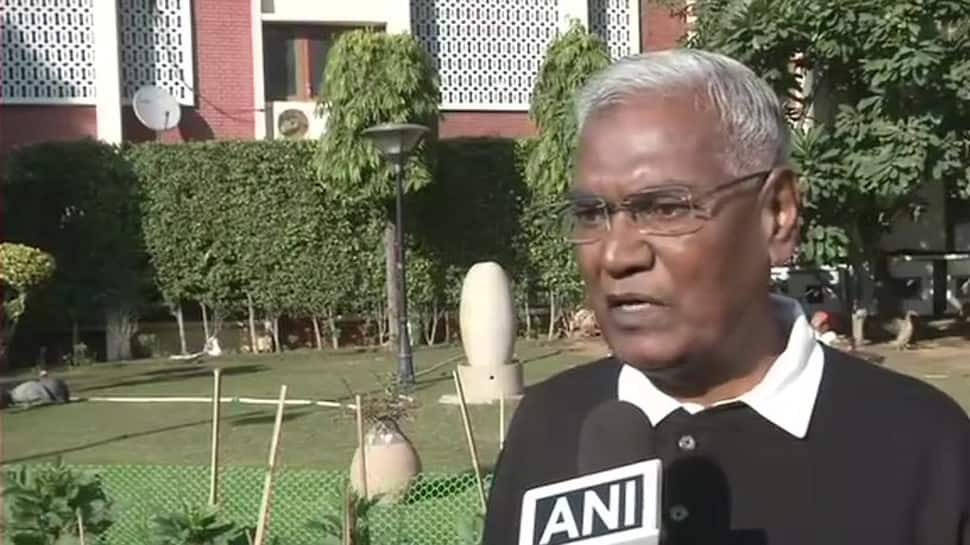 NEW DELHI: The Delhi Police on Monday filed a chargesheet in the 2016 JNU sedition case against former JNUSU president Kanhaiya Kumar and others. Soon after the 1200-page chargesheet was filed, Communist Party of India (CPI) leader D Raja called the move "politically motivated".

Raja's daughter Aprajita is among the 36 people who have been named in the chargeseheet. "It is politically motivated. After three years Delhi police is filing the charge sheet in the case. We will fight it legally in court and politically outside court," CPI Leader D Raja said.

"After 3 years, Delhi Police has filed chargesheet and slapped sedition charges against some students that includes Kanhaiya Kumar and some other students who belong to our student organisation," he said.

"Even when the case was brought initially, we said that these are politically motivated charges and nobody can accuse All India Students Federation (AISF) for any activity against nation. There's nothing to prove, our students can't indulge in such activities and the government can't slap sedition charges on them.We'll fight the case in court," he added.

Former Jawaharlal Nehru University Students' Union (JNUSU) leader Shehla Rashid, who had led the campaign for the release of Kumar and other students, also linked it with the upcoming elections. "This is a completely bogus case in which ultimately everyone will be acquitted. The timing of the charge sheet right before the elections just reflects how the BJP wants to reap electoral benefits out of this. I was not even on campus on the day of the event," she said.

China warns India, US against transferring submarine technology to Taiwan