An alert has been issued for Mumbai city and suburbs, Thane, Palghar, Raigad, Ratnagiri, and Sindhudurg districts, as these are coastal areas. 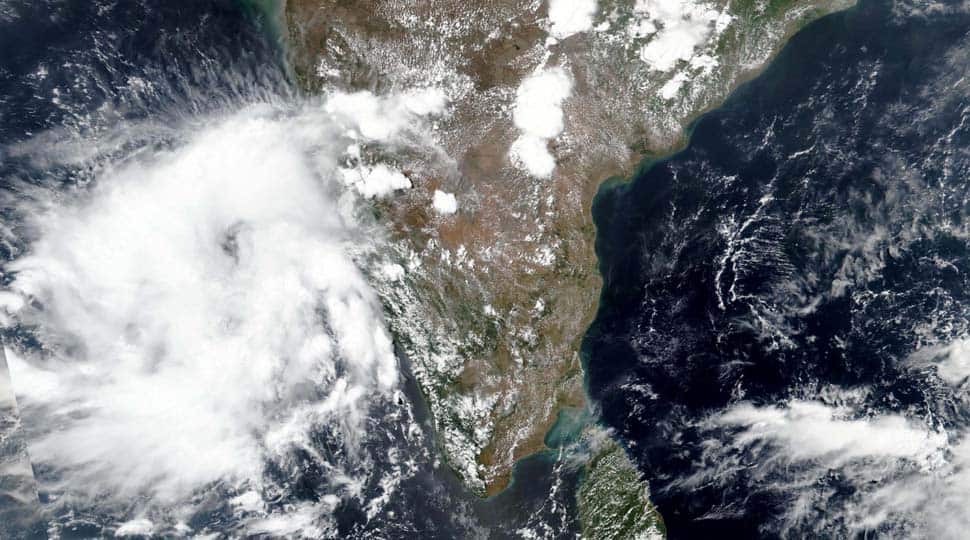 New Delhi: As Cyclone `Nisarga' is expected to intensify into a "severe cyclonic storm" over the next 12 hours and cross Maharashtra and South Gujarat coast on Wednesday afternoon, Maharashtra's Chief Minister Uddhav Thackeray asked people to stay alert as it was likely to be more severe than cyclonic storms in the past.

Prime Minister Narendra Modi, however, assured all assistance to Maharashtra, Gujarat, Daman Diu, Dadra and Nagar Haveli regarding the cyclone situation. He spoke to Maharashtra CM Uddhav Thackeray, his Gujarat counterpart Vijay Rupani and Administrator of Daman Diu, Dadra and Nagar Haveli Praful K Patel regarding the cyclone situation and assured all possible support and assistance from the Centre.

In a tweet, the Prime Minister`s office said: "PM Narendra Modi has spoken to CM of Maharashtra Shri Uddhav Thackeray, CM of Gujarat Shri Vijay Rupani and Administrator of Daman Diu, Dadra and Nagar Haveli Praful K Patel regarding the cyclone situation. He assured all possible support and assistance from the Centre."

PM @narendramodi has spoken to CM of Maharashtra Shri Uddhav Thackeray, CM of Gujarat Shri @vijayrupanibjp and Administrator of Daman Diu, Dadra and Nagar Haveli Shri @prafulkpatel regarding the cyclone situation. He assured all possible support and assistance from the Centre.

On Monday, Union Home Minister Amit Shah also gave a similar assurance to CM Uddhav Thackeray. The home ministry today that cyclone 'Nisarga' will make landfall along the Maharashtra coast on Wednesday with high wind speed ranging up to 100-110 kmph gusting to 120 kmph.

Elaborating on `do's and don'ts' in the situation, Thackeray said "The cyclone could be more severe than the other storms....Tomorrow and the day after are crucial in coastal areas," adding "Activities which had resumed (as part of easing of lockdown to contain coronavirus) will be kept shut there for the next two days in view of the cyclone....It is in our interest that people remain alert and inside their homes."

He said that 15 teams of the National Disaster Response Force and four teams of the State Disaster Response Force (SDRF) have been deployed in different coastal areas while five teams have been kept on standby." "Don't believe rumours and don't spread rumours. Follow the instructions aired by Doordarshan and Akashvaani," CM Thackeray said, while asking people to cooperate with the administration and shift to safer places wherever necessary.

He further assured, "We are already fighting the novel coronavirus. Now nature too is testing us. But we will face the situation with full strength and come out of it safely."

According to the India Meteorological Department (IMD), the storm will cross North Maharashtra and adjoining South Gujarat coast between Harihareshwar and Daman, on June 3 afternoon as a severe cyclonic storm with a maximum sustained wind 100-110 gusting to 120 kmph.

Notably, an alert has been issued for Mumbai city and suburbs, Thane, Palghar, Raigad, Ratnagiri and Sindhudurg districts, as these are coastal areas.

Gujarat government, however, started evacuating over 78,000 people from four districts located near the coastline and deployed 19 teams of NDRF and SDRF. 13 teams of the NDRF and six teams of the State Disaster Response Force (SDRF) have been deployed at different locations, five more teams of the NDRF will reportedly arrive soon.

"A total of 78,971 persons living near the seashore in Valsad, Surat, Navsari and Bharuch districts will be shifted to safer locations. 1,727 villagers have already been shifted," Gujarat Relief Commissioner Harshad Patel told reporters in Gandhinagar on Tuesday.

He further said that 140 buildings have been identified as temporary shelters for evacuees in these four districts, adding that rescue teams have been given PPE kits in view of the coronavirus pandemic and they have also been directed to take precautionary measures like maintaining social distancing and providing masks to evacuees at rescue shelters.

Gujarat Chief Minister Vijay Rupani on Monday held a meeting with senior officials and took stock of the preparedness of the administration.

As per an IMD release, the deep depression over east-central Arabian Sea is currently located around 670 kms away from Surat and it may intensify into a cyclonic storm in the next six hours.

"In the subsequent 12 hours, it will turn into a severe cyclonic storm and cross north Maharashtra and adjoining south Gujarat coast between Harihareshwar and Daman, close to Alibaug of Maharashtra during the afternoon of June 3, with a maximum sustained wind speed of 100 to 110 kmph," the IMD added.

"Domestic aviation activities have recently been started after a period of two months. Operators and individuals have a challenge at hand in restarting flying after a prolonged period of non-flying and the associated weather at this time of the year across India," The DGCA said in the circular.

The DGCA further said that the circular is being issued to operators and pilots to reiterate some existing guidelines on adverse weather operations and suggested measures "to cater for the gap in flying of pilots".

Operations at the Mumbai airport, which has been handling 50 domestic flights daily since May 25, are likely to be significantly affected on Wednesday due to the cyclone.

Actress Rakul Preet Singh gets NCB summon, will be interrogated on Friday