The NDRF on Monday said it has evacuated thousands of stranded people in the last three days in Gujarat, Kerala and Daman and Diu in view of Cyclone Tauktae. 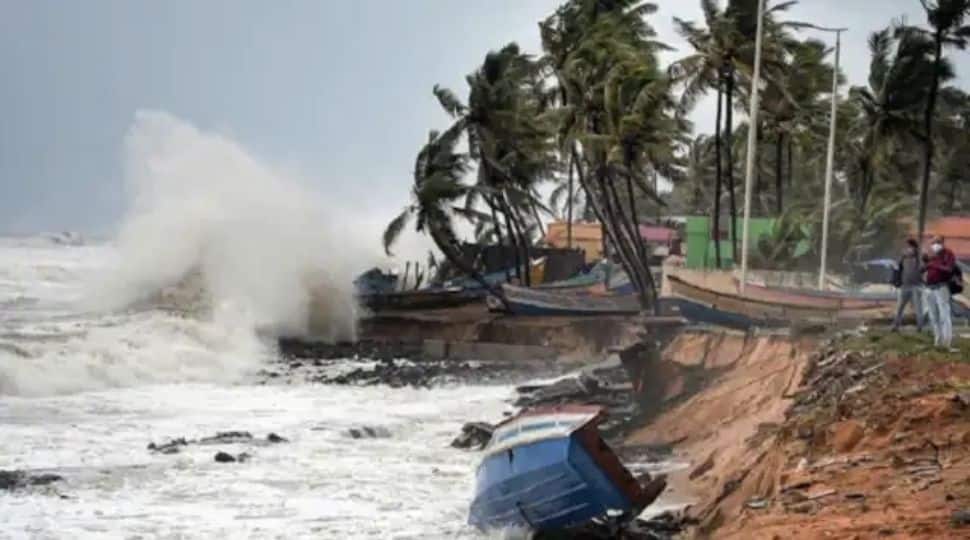 New Delhi: The NDRF on Monday (May 17) said it has evacuated thousands of stranded people in the last three days in Gujarat, Kerala and Daman and Diu in view of Cyclone Tauktae.

The India Meteorological Department (IMD) has said that Tauktae has now intensified into an "extremely severe cyclonic storm". It is likely to reach the Gujarat coast by Monday (May 17) evening and cross the state coast between 8 pm and 11 pm.

"Teams are continuously cutting and clearing heavy trees and electric poles that have been uprooted and crashed on roads. Extensive efforts are being made to bring the situation to normal in the affected states."

"In the last three days, the force has evacuated thousands of stranded people to safer places in Gujarat, Kerala and Daman and Diu and it is assisting district administration in mass evacuation of the people from the coastline," an NDRF spokesperson said.

The National Disaster Response Force (NDRF) has earmarked a total of 101 teams, with 47 personnel in each, for undertaking relief and rescue operations in the aftermath of the cyclone in Gujarat, Maharashtra, Goa, Kerala, Karnataka, Tamil Nadu, Dadra and Nagar Haveli and Daman and Diu.

Twenty-two teams out of these have been kept as a reserve at various NDRF bases in the country and can be airlifted at a short notice, a senior officer said.

The spokesperson added that a total of 44 teams "are deployed in Gujarat where the landfall of the cyclone is anticipated between Porbandar and Mahuva (Bhavnagar district) during the night of May 17."

He added that the headquarters of the force here is closely monitoring the situation through its 24x7 control room and is in close touch with state authorities to tackle this "big challenge" that has come when the coronavirus pandemic is raging.