Heavy to very heavy rainfall, accompanied by wind speeds of up to 130kmph, are expected as Cyclone Vayu makes its way towards Gujarat's coastline. 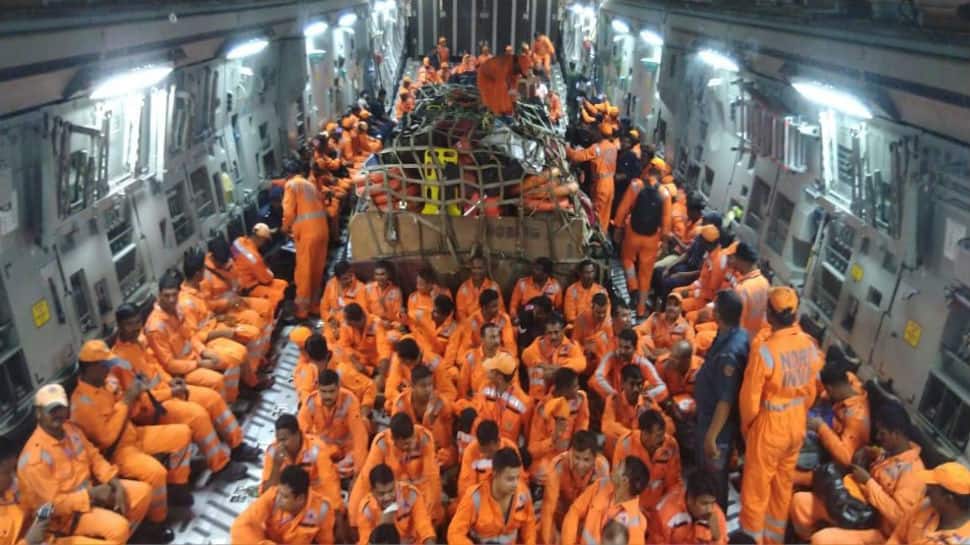 The Indian Air Force has deployed its C-17 aircraft to carry out the task of transporting relief materials as well as NDRF personnel to Gujarat as the state braces for Cyclone Vayu.

While one sortie was completed on Tuesday, the C-17 on Wednesday took off once again from Delhi for Arakkonam in Tamil Nadu. Here, 152 NDRF personnel will board the plane. A total of eight tonnes of relief materials will also be loaded before the plane leaves for its final destination - Jamnagar. Another C-17 aircraft was also pressed into service and is bound for Patna from where it will transport 154 NDRF personnel and six tonnes of relief material.

A number of helicopters too have been kept on standby at various IAF bases.

IAF had already been requested to stay on alert by the Gujarat government in the wake of Cyclone Vayu making its way towards the state's coastline. The landfall is expected at Veraval on Thursday morning.

Apart from IAF, 35 teams of the Indian Army are also on standby while the Indian Coast Guard and Navy too have reportedly formed teams that could help with rescue and relief operations. On-ground and in the eye of the storm are valiant personnel from NDRF with 26 teams already in Gujarat and another 12 expected later in the day.

People living in low-lying areas are being evacuated and the number is estimated to be at three lakh. 700 shelter homes have been kept ready and its its advisory, the Home Ministry asked the Gujarat government to take all necessary steps to ensure that loss of life is kept to the absolute minimum.