Light to moderate rainfall at many places with heavy falls at isolated places is very likely over Kerala on Sunday. 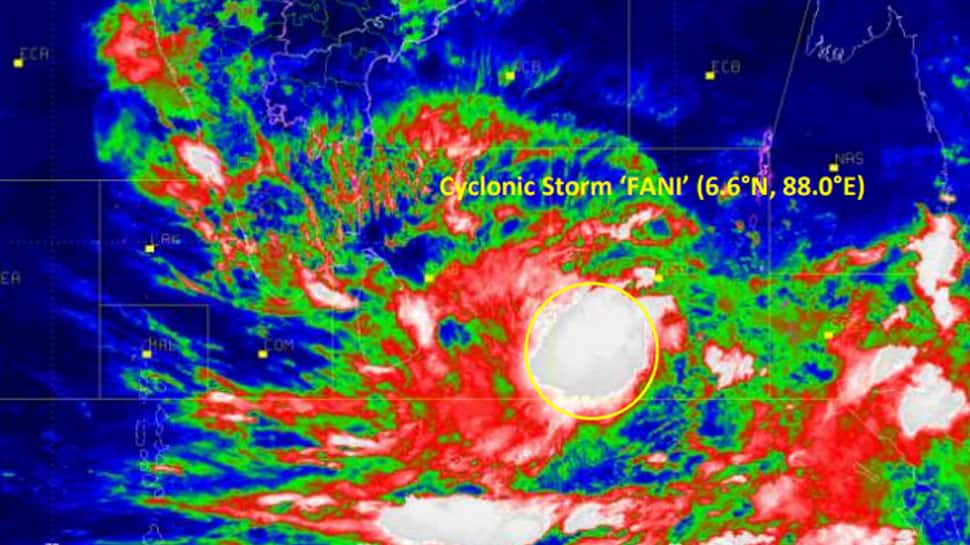 The Cyclonic Storm ‘Fani’ over southeast Bay of Bengal and the Indian Ocean moved northwestwards on Sunday and is very likely to intensify into a severe cyclonic storm during the next 12 hours and into a very severe cyclonic storm during the subsequent 24 hours. It lay centred at 1110 km southeast of Tamil Nadu' Chennai and 1300 km south-southeast of Andhra Pradesh's Machilipatnam.

Light to moderate rainfall at many places with heavy falls at isolated places is very likely over Kerala on Sunday.

The gale wind speed is very likely to become 90-100 kmph gusting to 115 kmph from over the southeast Bay of Bengal and its neighbourhood. Strong wind speed reaching 30-40 kmph gusting to 50 kmph is likely to commence along and off Tamilnadu and Puducherry coast, Comorin area and Gulf of Mannar.

The sea conditions are very likely to be rough to very rough along and off Puducherry, Tamilnadu and south Andhra Pradesh Coasts from April 29.