"I consider this a serious matter. More so because such advertisements and clippings are made on the rituals of Hindu festivals only," Madhya Pradesh Home Minister Narottam Mishra said while airing his objection to the ad 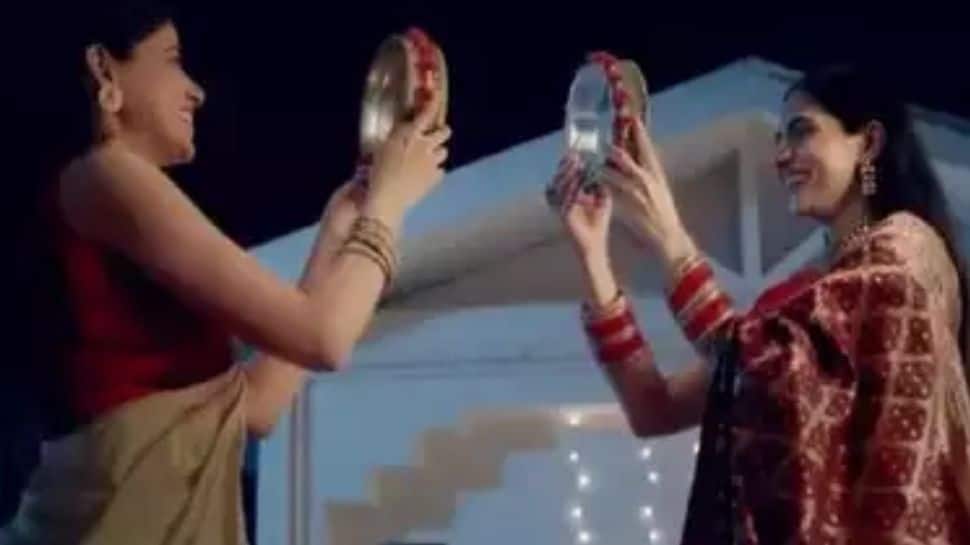 Another ad has now stirred controversy, following which Dabur India Limited has decided to withdraw its ad of Fem cream bleach, showing a same-sex couple celebrating Karva Chauth and watching each other through a sieve. The ad was slammed by a section of social media for hurting religious sentiments.

And not just some netizens, Madhya Pradesh Home Minister Narottam Mishra on Monday (October 26) said he has directed the state police chief to convey to Dabur India to withdraw an "objectionable" beauty product advertisement showing two women celebrating the Karva Chauth festival and take legal steps if the ad is not taken back by the consumer goods maker.

On Karva Chauth, married women, especially in North India, observe fast from sunrise to moonrise for the safety and longevity of their husbands. Karva Chauth was observed on Sunday (October 25).

"I consider this a serious matter. More so because such advertisements and clippings are made on the rituals of Hindu festivals only. They (the advertisement) showed lesbians celebrating Karva Chauth and seeing each other through a sieve. In future, they will show two men taking 'feras' (marrying each other according to Hindu rituals). This is objectionable," Mishra told reporters. The state home minister said he has directed the DGP (Director General of Police) to ask the company to withdraw this advertisement. "And if it fails to do so, take legal steps after examining the advertisement," he added.

But Dabur decided to withdraw the ad from all of its social media handles and even apologised for hurting sentiments. Here's what it said:

Fem's Karwachauth campaign has been withdrawn from all social media handles and we unconditionally apologise for unintentionally hurting people’s sentiments. pic.twitter.com/hDEfbvkm45

While a section of media welcomed the withdrawing of the ad, others said it was sad to see an "inclusive" ad being forced to be pulled off.

Tough day at work? This video of adorable fuzzy ducklings will release your stress- Watch