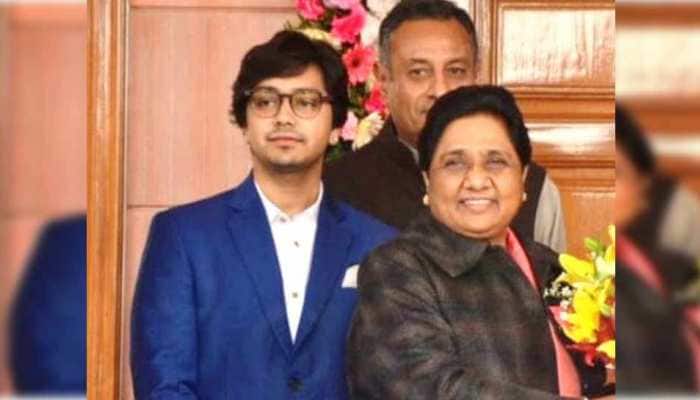 LUCKNOW: Former JD(S) leader Danish Ali was elected as leader of Bahujan Samaj Party (BSP) in Lok Sabha on Sunday. Mayawati's brother Anand Kumar was appointed vice president of the party.  It is to be noted that Ali had joined BSP weeks ahead of 2019 Lok Sabha election and he contested and won from Amroha parliamentary constituency in Uttar Pradesh on BSP ticket.

In a surprising move, BSP supremo Mayawati appointed her 24-year-old nephew Akash Anand as national coordinator of the party along with party VP Ramji Gautam. Mayawati's decision to make these appointments are seen as very important as it comes just days ahead of bypolls to 12 assembly seats in Uttar Pradesh. Experts maintain that Mayawati is planning to revive BSP's cadre by bringing in new faces on important posts.

The decision was taken at National Convention of the BSP at party headquarters in Lucknow. Sources told Zee Media that the two-hour long meeting was attended by all newly-elected MPs, MLAs and key post holders of the BSP.

Ali was once a close aide Karnataka chief minister HD Kumaraswamy and former PM Deve Gowda and he had played an important role in formalising an alliance between JD(S) and BSP in Karnataka before the 2018 assembly election. He decided to join BSP after taking permission from JD(S) supremo Deve Gowda.

It may be recalled that Mayawati had earlier appointed her brother, Anand Kumar, as the vice president of the party but she decided to remove him from the post after opposition parties accused her of promoting dynasty politics.

But it is the elevation of Akash which has left everyone surprised because by making him the national coordinator, the BSP supremo has dropped a hint that he may take over the control of party in future after Mayawati. It is to be noted that Akash, an MBA graduate from London, was one of the party's star campaigners during recently held Lok Sabha election.

14 killed, 70 injured as 'pandaal' collapses due to storm, rain in Rajasthan