Iqbal Kaskar, the brother of fugitive don Dawood Ibrahim, has revealed that 1993 Mumbai blasts accused is in Pakistan. 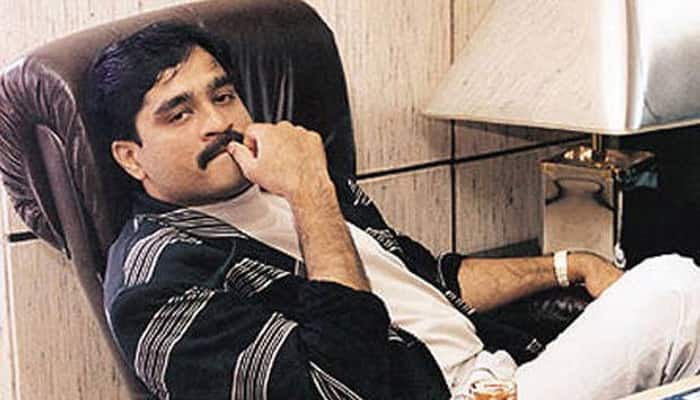 Mumbai: Iqbal Kaskar, the brother of fugitive don Dawood Ibrahim, has revealed that 1993 Mumbai blasts accused is in Pakistan.

Kaskar, who is in 8-day police custody in an extortion case, told his interrogators that the D-Company head has made investments in western and north African nations.

The brother of Dawood also told the police officials that the underworld don has four times changed his whereabouts in Pakistan ever since the Narendra Modi government came into power.

He also claimed that 1993 blasts accused's security has also been tightened in Pakistan.

To avoid any audio recording by the Indian security agencies, Dawood has stopped talking to his relatives on phone, Kaskar is believed to have told police officials.

Kaskar disclosed all this to the police while the officials were probing the direct or indirect involvement of his brother, absconding mafia don, in the extortion racket and could make Dawood Ibrahim an accused in the case.

Iqbal Kaskar was taken into custody from his home in south Mumbai on Monday night in a high-security operation involving multiple police agencies.

Iqbal, who was deported from the United Arab Emirates in 2003, is said to be operating his brother's real estate business in the city, the police had said.

Dawood who fled to Pakistan after the serial blasts stays at Karachi-based residence with address bungalow No. D-13 Block 4 Clifton.

India has intensified its efforts to nab Dawood, the Mumbai-based gangster who fled the country in 1986.

The Narendra Modi-led government has repeatedly said that Dawood is in Pakistan and that India is determined to bring him back.

Pakistan has denied time and again the fugitive's presence on its soil.

The three have been nabbed for allegedly running an extortion racket since 2013. Three others have been detained for detailed questioning.

Kaskar and his associates had been allegedly threatening a prominent builder in Thane, in Dawood's name since 2013 and extorted Rs 30 lakh and four flats from him, police have said.

Dawood's brother was sent to 8-day police custody on Tuesday.