An IAF Sukhoi-30 jet had shot down a Pakistani spy drone in Bikaner sector of the Indo-Pak border using an air-to-air missile. 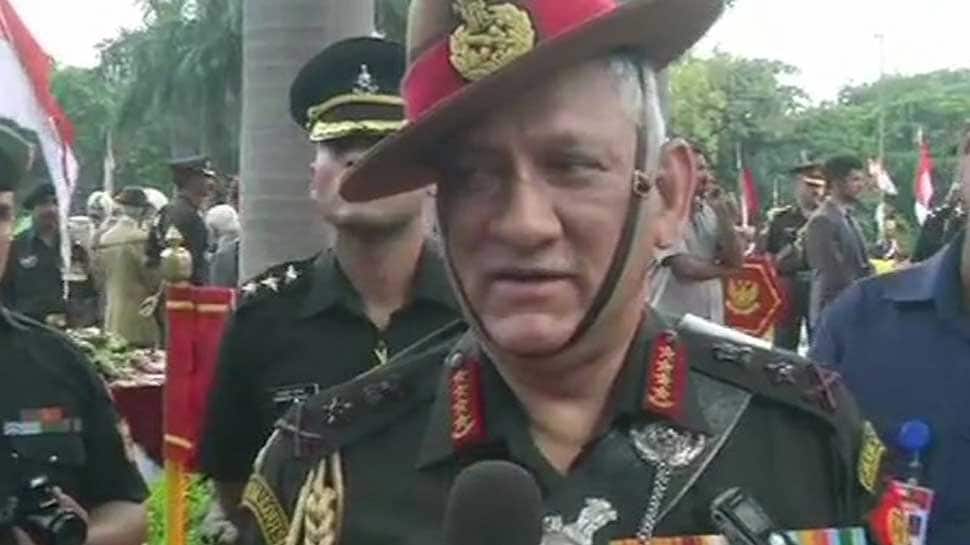 The Army Chief had on Tuesday visited the Indo-Pakistan border in western sector of Rajasthan and reviewed the situation.

He was briefed about the operational preparedness by the Army officers in the western sector, according to defence sources.

Gen Rawat gave them the necessary directions and asked them to remain alert and vigilant.

A Pakistani drone was detected by a ground-based radar station and minutes later one of the Sukhoi-30 jets deployed in the area to keep an eye on Indian air space shot it down.

The Pakistani military drone was targeted at around 11:30 AM in Bikaner-Nal sector in Rajasthan, the sources said.

It was the second unsuccessful attempt by Pakistan to send a spy drone inside India in the last six days.

A Pakistani drone was shot down by India on February 27 along the Indo-Pak border in Kutch in Gujarat.

The Indian Air Force has kept all its bases in the Western sector on maximum alert after India carried out a strike on the biggest terrorist training camp of Jaish-e-Mohammed in Pakistan's Balakot on February 26.

Pakistan had attempted to retaliate by unsuccessfully targeting a number of military installations in Kashmir on February 27.