Police have, so far, arrested ten people in connection with the incident. 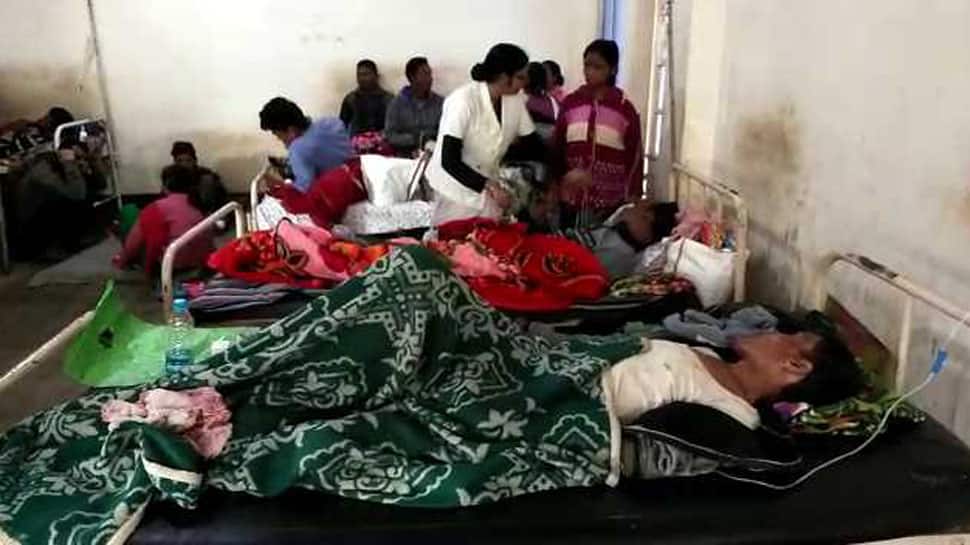 The death toll in the hooch tragedy in Assam increased to 136 on Sunday, even as more than 200 people are still undergoing treatment in Golaghat and Jorhat hospitals. In Jorhat district so far 71 people have been confirmed dead and the toll in Golaghat district is 65 people.

The deaths were reported on February 22 in Golaghat's Salmara tea garden after the labourers consumed spurious liquor.

Police have, so far, arrested ten people in connection with the incident.

The number of patients in Golaghat's Kushal Konwar Civil Hospital has been increasing with every passing day.

In Jorhat Medical College Hospital too, more than 50 patients have been admitted on Sunday from Golaghat due to their serious condition.

Incidentally, a superstition has now spread among the tea gardens labourers and the tribals that those who are going to the hospital for treatment are not returning alive. So the villagers of Golaghat and Jorhat districts are not taking the patients to hospitals.

Assam Excise Minister Parimal Suklabaidya has been visiting the houses of the people who died in the tragic incident.

The Excise Department of Assam has, meanwhile, destroyed nearly 15,000 litres of liquor across the state.

"More than 200 people have been hospitalised. 15,000 litres of liquor has been destroyed across the state," Assam Excise Department PRO, S Pandey had said on Saturday.

The state government has announced a compensation of Rs 2 lakh each to the families of the deceased while the affected ones will get Rs 50,000 each. "The next of kin of the victims will be given Rs 2 lakh ex-gratia by the Assam government and the other affected people will get Rs Rs 50,000," Pandey had said.

In another incident, at least four people died allegedly after consuming spurious liquor on Sunday and 15 others are undergoing treatment in a hospital in Gantyada village in Andhra Pradesh.