As the death toll, due to the heavy rains and landslides, in Kerala mounted to 21, CM Vijayan said that 105 relief camps have been set up across the state and the arrangements have been made to start more camps as soon as possible. 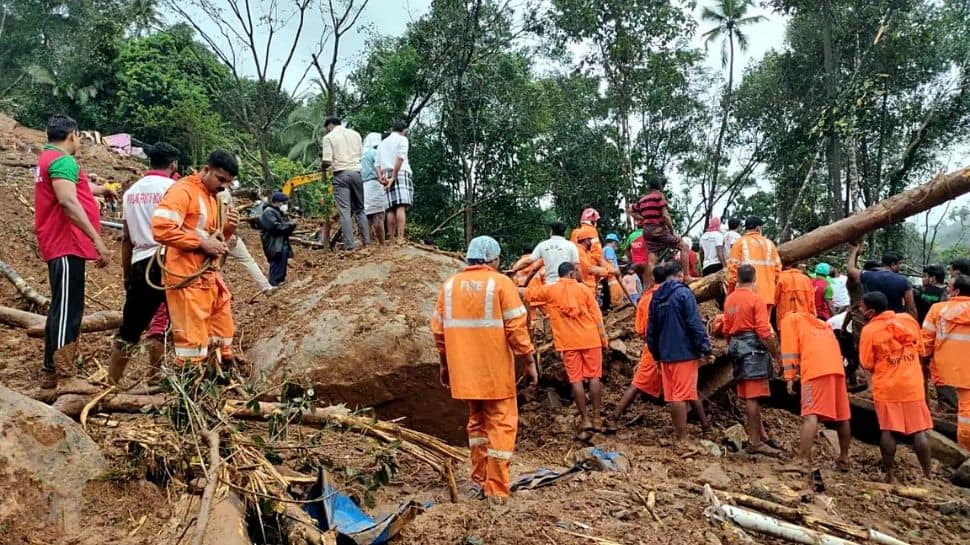 New Delhi: The death toll in rain-related incidents in Kerala has risen to 21 as more bodies have been recovered from the site of landslide at Kottayam and Idukki district. Out of the 21 deaths, 13 were reported from Kottayam, while the remaining 8 were reported from Idukki, said the State's Information & Public Relations Department.

Personnel from the three defence forces, Army, Navy and the Air Force have been pressed into service for rescue and rehabilitation efforts in the state. 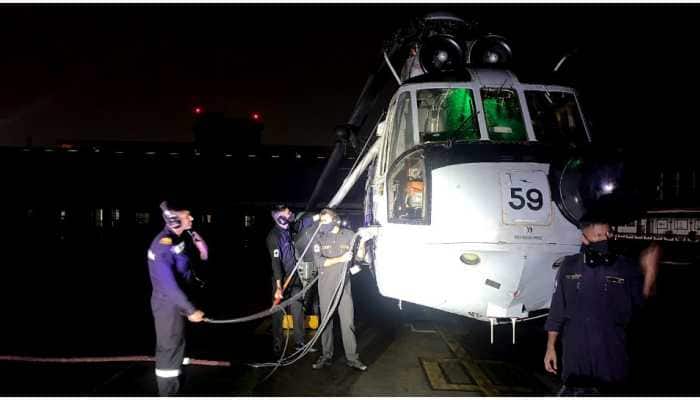 Additionally, in view of Red Alert in five districts of Kerala, Southern Naval Command Headquarters has been made ready to provide assistance to local administration in rescue operations. The Kerala State Disaster Management Authority has sought assistance from Southern Naval Command at Kochi for air lifting of marooned families at Koottickal, which is said to be the worst affected village in Kottayam district.

Prime Minister Narendra Modi spoke to Kerala Chief Minister Pinarayi Vijayan today over the deaths and devastation caused due to the landslide following incessant rains in the state. PM Modi expressed condolences to the families of the bereaved and assured that the authorities are working to assist the injured and affected.

In a tweet, Prime Minister said, "Spoke to Kerala CM Shri@vijayanpinarayi and discussed the situation in the wake of heavy rains and landslides in Kerala. Authorities are working on the ground to assist the injured and affected. I pray for everyone`s safety and well-being".

"Under its influence, while isolated heavy rainfall is very likely over coastal Karnataka, Kerala, Mahe, Tamil Nadu, and Pudducherry on Sunday, there would be significant reduction in rainfall activity," the IMD said in its bulletin on Sunday.

"Thereafter, a fresh spell is likely to affect south Peninsular India from October 20 and cause fairly widespread rainfall with isolated heavy falls likely over Kerala, south interior Karnataka, Tamil Nadu, Pudducherry, Mahe, and Karaikal and likely to continue for subsequent 3-4 days," it said.

Additionally, according to an ANI report, at least four trains travelling from Tamil Nadu to Kerala and Kerala to Tamil Nadu will face partial cancellations on October 17 and 18.

Centre will provide all help to Kerala: Amit Shah

Meanwhile, Union Home Minister Amit Shah assured the state that the central government is continuously monitoring the situation and will provide all possible help in Kerala. Shah said in a tweet, "We are continuously monitoring the situation in parts of Kerala in the wake of heavy rainfall and flooding. The central govt will provide all possible support to help people in need. NDRF teams have already been sent to assist the rescue operations. Praying for everyone's safety."

AAP will form the government in Punjab, will start building a prosperous state: Manish Sisodia