The dam was breached late on Tuesday night and it created a flood-like situation in areas near the dam. 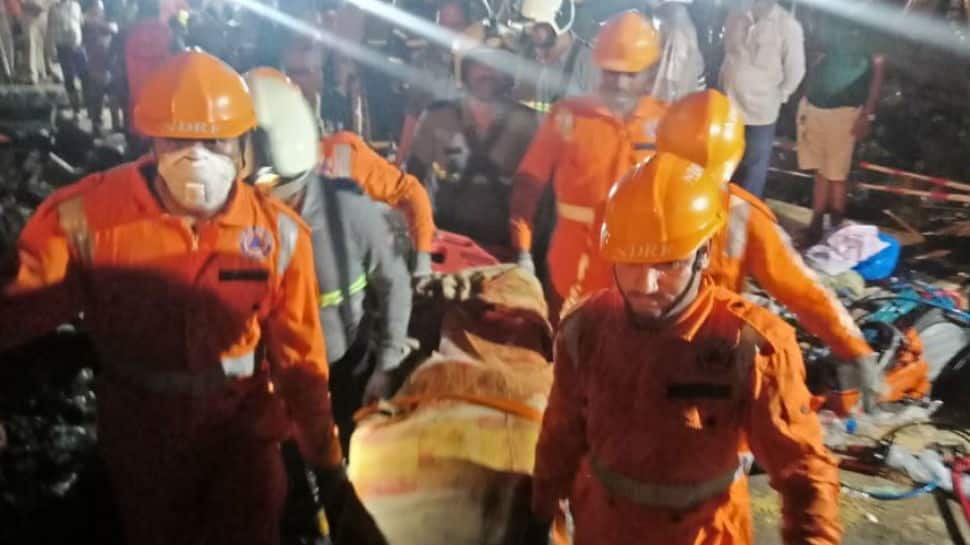 The death toll in Tiware dam breach incident at Ratnagiri district in Maharashtra jumped to 18 on Thursday. The dam was breached late on Tuesday night and it created a flood-like situation in areas near the dam.

National Disaster Response Force (NDRF) teams are carrying out rescue and relief operations. It is to be noted that the relief and rescue operations were halted on Wednesday after nighttime. The local administration is also working in tandem with NDRF teams to help people living near the dam. Sources told Zee Media that several houses have been washed away by the gushing water from the breached dam.

Talking to ANI, the National Disaster Response Force (NDRF) officials said a joint coordination meeting was conducted with all stakeholders and it was decided that search area will be distributed among various agencies based on their capabilities, resources and experience in order to carry out the rescue operations in a better manner.

Meanwhile, NDRF Director General S D Pradhan told ANI that they need to expand the search operation to trace the missing people and it is likely that the search to locate the missing people would continue for some more days. He added that people near the dam did not anticipate this unprecedented volume of rainfall which caused the breach of dam on Tuesday night.

"Two to three villages were deluged by heavy water flow but only one village was the worst affected. At least 12 houses were gushed out towards the coastline and the distance between affected villages and the coastline is almost 50 kilometres. So, we have to thoroughly search the beach area as well," Pradhan told ANI.

The India Meteorological Department has predicted heavy to very heavy showers to persist in Mumbai and in Maharashtra's Vidarbha and Marathwada regions till Thursday. The government has urged the people to avoid hilly areas in the state due to potential dangers from heavy rainfall.